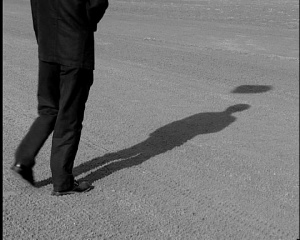 In a highly unusual development, the imaginary friend of a Dromore bachelor is currently being questioned in an Omagh detention centre over failure to return tax forms since 1994 as well as neglecting to pay TV, dog and gun licences and other minor misdemeanours.

Felix McGinn (48), who turned his friend ‘James’ (also 48) in at 5pm yesterday, revealed he was finding it hard to maintain a friendship due to the mountain of skulduggery his childhood partner was indulging in since the 1994 ceasefire.

“He seemed to react to the ceasefire by creating his own mayhem. I caught him on numerous occasions tripping people going up for communion or stealing money from my own mother’s purse. To be honest, I just don’t know him any more.”

Listing a damning roll of illegal activities which included going to matches without paying in and urinating in the swimming pool, McGinn expects to see a speedy verdict of mass fraud and general anti-social behaviour:

“I’ll be glad to see the back of him. He was never there when I needed him and would only turn up when there was an opportunity to do some damage and I’d get the blame. He’d be whistling at women in the town and I’d be the one getting the slap.”

A PSNI Fraud Squad spokesman has confirmed that questioning has been ‘difficult’ with the imaginary suspect regularly refusing to answer questions or even appearing in the room.

Posted on January 16, 2016, in Dromore and tagged Dromore, PSNI. Bookmark the permalink. 1 Comment.