A Tattyreagh man has since admitted he probably reacted inappropriately in completely wrecking his house at 7am after he couldn’t find his keys before work.

Jack McCabe (47) later found his keys in the fruit bowl in the kitchen, despite claiming he looked into it several times, whilst blaming his wife and children for probably moving them.

Jack, who arrived into work THREE minutes before start time, revealed the terror of the search in the minutes between finishing his breakfast and the discovery of the keys:

“It was bedlam. I overturned every cushion, sofa and bed and checked the same places about 20 times each in the hope that they’d magically appear since the last time I checked. I gave the wife terrible abuse as well as blaming several of the children.”

Jack’s wife, Paula, calmly found the keys within seconds of looking, sitting in the middle of the kitchen table in the fruit bowl where they normally rest 90% of the time.

“I definitely checked that about 50 times. I don’t know how that happened and suspect some sort of foul play. Unfortunately, the same thing happened the morning before.”

Paula has since bought a key holder box which she nailed to the wall in the kitchen. Jack has so far refused to use it. 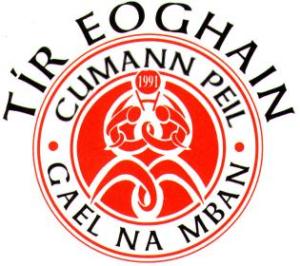 After a shambolic decision to arrange a men’s championship games the same day as Tyrone Ladies’ All-Ireland Final appearance, the Tyrone County Board have admitted that women actually may exist after footage from TG4 appeared to confirm their suspicions.

Tyrone ladies, despite matching Tipperary for skill and effort, fell short in their attempt to annex the Intermediate title just before Errigal Ciaran and Carrickmore locked horns in a men’s county quarter-final.

However, in an attempt to address the situation this week, the county board have revealed that women may actually exist and, even more remarkably, play football.

“Yes, we received footage from TG4 on Monday which suggests that not only do women exist but that they may actually play sport. Remarkably, men appear to watch it as well. It’s been an eye-opener to be honest, even though I was suspicious of our chairperson in the first place.”

The County Board are to investigate the issue further over the winter.

Meanwhile, TT would like to congratulate the ladies team for their brilliance this year and for giving Tyrone gaels something to cheer on into September. 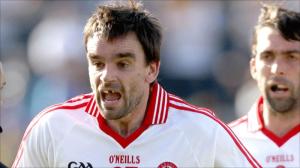 The news that Ryan McMenamin has been drafted into the Fermanagh Seniors backroom team has reportedly sparked fear and wonderment within the Erne squad with many young players deciding to remain solely playing club football for another year to ‘build themselves up a bit’.

A leaked document shows how McMenamin wowed the interviewing panel with details on how he aims to get a job at Quinn’s Cement and bring some of the stuff in his pockets to training and slip in into their drinks to ‘harden them up a bit’.

“We’ve had seven lads remove themselves from the WhatsApp group. Some claim to have injuries that’ll need a year to clear up. Others state they’re giving the club their all in the coming 12 months. The Ricey Effect we’re calling it. Looks like we’re left with just psychos on the panel.”

Another method on the detailed document explained how McMenamin aims to take night classes in the county which involves modules such as ‘memorising the phone book’ and ‘tickling’.

Meanwhile, Cathal McCarron’s county mileage expenses for next year has reportedly resulted in a portion of Garvaghey being sold to KFC. 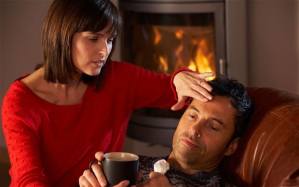 Leading boffins at Queen’s University have confirmed that ‘man-cold’ can have just as equally debilitating effects as man-flu does, at any time of year.

Symptoms such as being unable to put the bin out this week and losing the ability to make a cup of tea have been cited as classic signs of mancold according to scientist Prof Barry Donnelly from Belfast:

“We’ve long suspected that man-cold can be compared to man-flu in many ways and recent observations have confirmed this. We observed three men in the early stages of a mild head cold and they displayed typical signs such as laying on the sofa feeling sorry for themselves, to shouting at the children for trivial things. In fact, being unable to do any family activities was the confirmation we needed.”

Man-cold sufferers have been advised to avoid looking for sympathy from spouses and to definitely refrain from comparing the head cold to child birth at all costs. Three man-colders suffered severe bruising in east Tyrone last week after refusing to attend a ‘Back-To-School’ information evening for parents in Moortown, citing being unwell.

Doctors have asked man-cold sufferers to drink a glass of water and to get up. 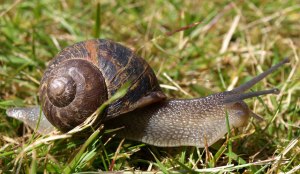 An East Tyrone joiner was this morning lauded ‘a modern-day hero’ after he removed a snail from the side of a metal bucket as it headed towards the mouth of the filled vessel.

Petesy Carberry, who has played down the incident as ‘one of those things anyone would do’, admitted he was overwhelmed by the sheer volume of congratulations and well-wishers since his feat went viral on YouTube:

“It was one of those things that you didn’t think much about at the time. I had just put the kettle on and went outside to the toilet when I saw the slime from the snail making a trail across the yard and right up to the bucket. I just went over and tried talking the snail down but it still edged up to the rim. I could stand it no more and just flicked it off.”

Carberry’s son, Petesy Jnr, recorded the whole incident on his phone from the top window and posted it on YouTube. Until the time of writing, it had been viewed over 7m times with comments such as ‘wow‘, ‘Will you marry me?’ and ‘I’m in tears here‘ posted in the section below the video.

Carberry has already been booked to appear on the various chat shows across the globe as well as odds-on favourite for some form of acknowledgement from the Queen of England which he says he will turn down publicly but may accept in private.

The snail, named Simon by fans, has since been put down after destroying Carberry’s lettuces.

A plan to colonise Ireland by Sky Sports has been unearthed by a junior reporter for the Tyrone Tribs after two prominent presenters left behind vital documents during a visit to the Tyrone GAA centre in Garvaghey.

Jeff Sterling and Chris Kamara, linchpins of Sky Sports Soccer Saturday, arrived at the Ballygawley venue supposedly to find out more about GAA in the county for their coverage of the games on satellite TV.

However, it has emerged that, with the help of Peter Canavan, it was the first shots in a planned conquest of the country by the Murdochs on a par with Cromwell in the 1650s.

The document described how Sky plan to:

GAA fanatic and RTE fan Harry Devlin from Glenelly admitted he was shocked but not surprised at the findings:

“That Murdoch lad is a ruthless bollocks. I’m disappointed at Canavan, although some said they he has his classes in Cookstown humming the Sky Soccer Saturday theme tune instead of their traditional school song ‘Baggy Trousers’.”

Croke Park have asked for volunteers to mobilise next Saturday at Parnell Park and head towards Sky’s HQ in Dublin 4.

Following the furore over a map displayed on the RTE’s Late Late Show which showed six counties missing, a graphic executive from Omagh has offered an alternative map to be used on the show next week which sees Derry alone removed from the country.

Sean Malone, who joined the organisation after completing a BTech in ICT in 2009, maintains the compromise is something he hopes is palatable to the majority of the country.

“I can’t see anyone having any problems with this new map. By doing this, we make sure people like Joe Brolly, Dana, Eoghain Quigg, Fergal Sharkey, Eamonn McCann, Phil Coulter and Nigel Dodds can’t appear on TV. Seamus Heaney’s poetry may be used. We’ll make an exception for that. This isn’t something personal against Derry as some are suggesting. I’ve had great nights in the Elk.”

Early indications show a slightly less angry response from the public over the new map although many are still puzzled as to why a 32-county map just can’t be used.

“That would mean acknowledging we messed up. We will never admit that. Or that we don’t really like those counties up there. By giving you back 5 of the 6 counties shows a serious level of humility and generosity from the RTE hierarchy. Just be happy with your lot or we’ll take out Fermanagh.”

Meanwhile a televised RTE Mass from the ecclesiastical of Ireland has been cancelled due to none of the production team knowing where it is. 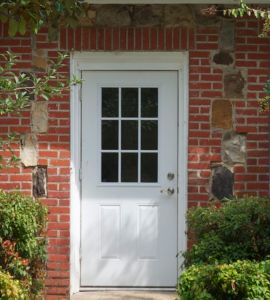 A First Year at a secondary school in Tyrone was turned away at the foyer of his new learning establishment after office staff confirmed his mother forgot to take a picture of him outside his house before he left.

Leon O’Neill (11), who says he wants to be an MOT inspector when he grows up, had to return home for a quick selfie on his porch as his parents had headed back to bed.

The Mid-Tyrone School secretary, Pauline Quinn, maintains the lad could have been anyone after they checked his mother’s Facebook page on arrival:

“Who in their right mind doesn’t post a picture of their child on their first day of the new academic year on Facebook with the hashtag #mybaby or #wheredoesthetimego, and then maybe compare it to the picture from last year? It was a serious lapse of responsible parenthood on Mrs O’Neill’s part and that’s why he was turned away. He could have been from Derry or Armagh or anything.”

Leon did return to school at 10am but missed the instructions from his first class to back his RE book, which will see him probably land in trouble on Monday.

Leon was also one of hundreds of traumatised pupils who caught their parents having a full-on party at home with nuts and wine after they were let out early from school.

Meanwhile, the school revealed they have already received 940 applications from pupils to attend an after-school electronics withdrawal therapy class.