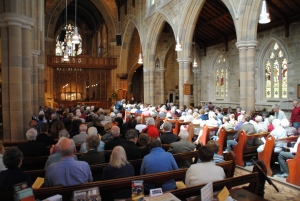 The NAMMMTMP-OI (National association of Masseurs, Masseuses, Massage Therapists and Physios of Ireland) are this afternoon up in arms at the announcement of the imminent installation of neck-brace vending machines into the foyers of churches across Tyrone.

Church-goers pump an estimated 13 million pounds into the local economy paying for treatments due to the vast array of neck injuries which are simply part and parcel of the church-going experience.

Jimmy-Joe McElhatton, joint 22 time and still reigning  ‘All-Ireland Mass Attendance’ (avg. 376 per annum) and ‘Wake Attendance’ (298 per annum) Champion, better known across the land as ‘The White-Waker’ due to his deathly pallor and motto: “I stay up with the body – anybody – anywhere”, and for handing out trays of Silk Cut Red wherever he goes, “The Lord’s Bine”, welcomed the introduction of the braces:

“Sure jaysus it’s tara altogether… me neck’s broke looking around to see who’s most failed, making a mental note of who hasn’t shown up and forcing myself to not look round and up to the faces of those singing in the galleries”.

When this reporter asked why he isn’t a priest, where he could just face the congregation and scan, stare and scrutinise to his heart’s content, Jimmy-Joe had to splash holy water around his porcelain temples and go for a “wee lie-down”. Hours later he told me how he’d been forced to walk away from Maynooth after 3 weeks after

“smashing the ligaments right out a me neck twisting it round to check if I’d left the tabernacle door ajar”.

NAMMMTMP-OI members will be picketing outside mass from this weekend. Neck braces will be available to hire for two pounds per hour.  Correct change required.

Community leaders in Coalisland have called for calm after it emerged that a well-known cafe in Coalisland added beans to their morning fry this morning, resulting in a 200-strong brawl at the roundabout between pro-bean and anti-bean gangs.

Landi’s, where diners travel to from all over Ireland to experience its suppers, maintain the beans are here to stay despite the ongoing riot which is still simmering in pockets around the town, as well as being a non-optional item on the dish.

Anti-bean gang leader Tommy Quinn is adamant that they will succeed in getting the new item removed from the menu:

“It’s a disgrace. I know for a fact that this is to placate the Dungannon ones who we all know are into their beans. But what about us, the loyal local fry-eaters? Beans will never be a staple ingredient of a fry in Coalisland for as long as I’m about. This is worse than the day they added the tomato.”

Three brothers from Brackaville were told to leave the premises at 10am after they demanded a fry with no beans. Despite being warned five times that the beans were a new non-optional item on the menu, they refused to order anything else and proceeded to fire opened ketchup sachets around the room, one of which ruined Fr Toner’s collar.

Seven arrests were made in Annagher after a pro-bean gang from the area defaced a road sign with the message ‘beans are deadly’. 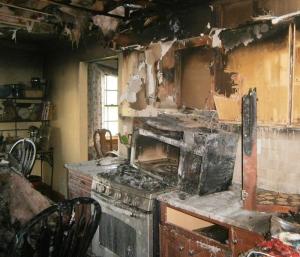 Scene in Greencastle this morning

An adventurous Greencastle entrepreneur claims he will not be deterred from giving his family a pancake breakfast on Shrove Tuesday next year after he ravaged his kitchen for the third year running.

Describing his pancakes as ‘a bit crispy to be fair’, Diarmuid O’Devlin maintains he is not far off from producing the finished product despite causing over £20’000 worth of damage to their state-of-the-art kitchen area:

“It’s just a matter of timing. Last year I put too many eggs into the pan and that seemed to start a bit of a fire which was eventually extinguished somewhere near the Gortin Glens. This year I got slightly distracted by a rerun of a good Knight Rider episode and the pancakes were a bit burnt, as well as the front part of the house.”

Luckily, the NI Fire Brigade West Tyrone Division hired over 40 part-time fire fighters for today due to the expected rise in previously kitchen-shy men striving to impress family members with their pancake-making skills, especially the day before Valentine’s Day this year.

Meanwhile a family in Omagh spent most of the morning eating their breakfast from the tops of ladders after all six pancakes made by local footballer Joey McMahon ended up stuck on the roof during an attempt to impress with his pancake-flipping skills. Mrs McMahon was later admitted to hospital with neck strain. 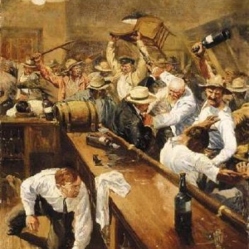 Moy, an hour ago

A 32-year-old plumber from The Moy has described his three hours of sobriety as ‘hell on earth’ after he went until 1pm without a pint for the first time since their epic intermediate win in Croke Park last Saturday.

Denzil Currie, who played on the Moy U14 side which defeated Derrylaughan in a Feis final in Blackwatertown in 2000, admitted what he saw wasn’t something he was prepared to deal with just yet:

“Bins overflowing….women shouting….unmilked cattle…it was like something from a zombie movie. I even saw Colm Cavanagh on top of Tomney’s roof making Tarzan sounds in broad daylight. Mickey will be raging. It’s pure carnage here and there’s no sign of it stopping. This All-Ireland will kill us..”

Church leaders have appealed for the 23 lapsed pioneers to return to the fold before it’s too late. Former teetotaler Kelly Mackle broke the record for the most pints of stout consumed during an episode of Pointless for three consecutive days this week, whilst Sean Cavanagh was last seen trying to dummy solo with a cabbage the whole way to Benburb on Thursday evening.

Meanwhile, Derrylaughan seniors have vowed to ‘kick the shite’ out of the Moy when they meet in the senior division in 2018 to take them down a peg or two and exact revenge for that 2000 U14 loss. 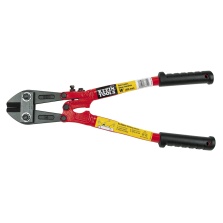 The Clampers’ Association of Tyrone (CAT) are this evening said to be distraught after a 400% rise in bolt cutter sales since last week in stores all over the county.

Although the high-profile nature of Gerry Kelly’s skirmish with a clamp in Belfast is being blamed for the spike in figures, CAT spokesman Malachy Tally insisted it’s not a time to be pointing fingers:

“I’ve seen children as young as four walking about with bolt cutters trying to break into playgrounds long after closing hours, and pensioners forcing their way past locked doors into churches for some extra praying. It’s getting out of hand and we call on all rationally minded people to intervene when they see someone loitering with intent with a pair of cutters over their back.”

Meanwhile, the price of bolt cutters have rocketed since the weekend, with a Coalisland firm already in the process of setting up a crytpo-currency ICO start-up to raise funds to mass produce wire and bolt cutting devices.

Finally, an anti-clamp bolt-cutting cult in Strabane, known as the Clampets, have issued a statement, reminding people that they were not behind the recent damage done to a fence surrounding the Clady chicken farm which resulted in 70’000 chickens, some headless, running wild and clucking around the village from midnight last night til 6pm today.

Fr Vivian Sheeran, the controversial Cappagh priest who was thrown out of the Vatican last year for drinking 3 bottles of red wine and telling the Pope he was a ganch, has managed to irk the whole of Armagh by claiming God was comparing the Orchard County to forbidden fruit.

In a 2-hour long sermon in his home parish, Fr Sheeran maintained that God was hinting at Adam and Eve to stay away from Armagh, represented by a tree in the story, but when they did eat the apples they ventured into the county and were damned to hell for eternity.

“It seems plausible enough. My own grandfather mistakenly wandered into Blackwatertown and was beset with health problems thereafter. He died 2 years after that, ironically choking on an apple.”

According to listeners, Sheeran went on to claim that 2002, the year Armagh lifted the All Ireland, was a precursor to the apocalypse and mankind was only saved when God himself lifted the trophy the following year.

Meanwhile, next weekend Fr Sheeran will become the first priest in the world to marry a man to his pet dog, ‘Bubbles’, in a lavish ceremony outside the Rock.