Coalisland Man Disowned For Claiming Game Of Thrones Was Shite

A Coalisland plumber, who won East Tyrone Mr Wrangler Jeans Backside in 2007, has claimed he has never felt so lonely after he openly claimed that Game of Thrones was shite and that Derry Girls wasn’t much better.

Tommy Quinn, who also made the papers in 2016 after finding a gold ring with his metal detector which dated back to the 1960s, was refused entry to three of the town’s watering holes last night as well as all 34 off-licences.

“The priest said last week at Mass that honesty pays. So I goes into O’Neill’s pub and told everyone that the Game of Thrones was pure dung. I was immediately glassed. I then stood tall and said that Derry Girls was as funny as a kick in the balls. I was glassed again and lifted by three women and thrown through the window. Fr Toner needs to explain that.”

Quinn has now found a drinking den behind the old egg factory in the town alongside three 16 year olds and a dog.

Meanwhile, Peter Canavan has denied that he inspired the Game of Thrones franchise after claiming in his Croke Park All Ireland acceptance speech in 2003 that he was taking Sam back to Throne. 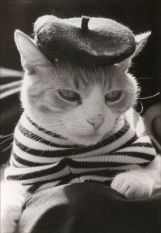 Spencer, the 7-year-old cat who disappeared from its home on the Kelvin Road in February, has finally returned home ‘as if it had never been away’ according to his owners.

Remarkably, the Peke-faced Persian now miaows in a French accent, sparking rumours that Spencer may have accidentally boarded a plane at Aldergrove or got the ferry across to France.

Tommy Winters, who bought the cat off a man near Bundoran in 2012 for £300, admitted that, although they were delighted to see Spencer again, he had changed somewhat and now spends his time womanising around the estate.

“Because of his French miaow he seems to think he is someone now. And to be fair, the women cats are loving it. He’s just not the same cat though around the house and almost looks at us with disdain, walking around the house in a cool way like John Travolta.”

Winters revealed that Spencer had now acquired a taste for expensive cheese and steak tartare with onions.

Meanwhile the PSNI in Omagh have appealed again for local men to think twice before taking their tops off during this good spell. Seventeen complaints were made to the police yesterday regarding ‘unsightly standing’ at street corners. 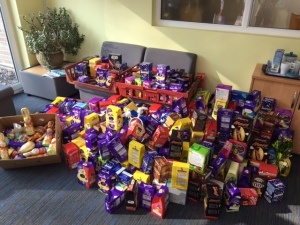 A Plumbridge housewife has admitted she might take one more skite to the Spar to pick up a few more eggs despite already amassing over 60 of them since the start of April.

Mary Best (61) revealed she has three children and nine great-grand children but that she couldn’t be sure everyone was catered for as children have big appetites these days:

“I couldn’t sleep last night thinking about it. 62 eggs sounds like a lot but children are a lot bigger these days compared to 20 years ago. I have 27 Wispa eggs so I’m hoping they go down well. If not, there’s going to be Rice Krispie buns til Halloween, so all good.”

Best has a long way to go to break the Irish record for Easter egg gathering. In 2013, a Ballygawley pensioner bought over 400 eggs after panicking the day before Easter, despite having no living relatives.

Tyrone v Antrim May Be Played At Windsor Park

News leaked from the Ulster GAA offices are suggesting that if Tyrone achieve a highly unlikely victory over Derry in Omagh in the preliminary round of the Ulster Football Championship, their quarter final tie against Antrim will be played at Windsor Park in Belfast, home of Linfield and the Northern Ireland soccer team.

Due to the long grass in Casement Park, Antrim have been frantically searching for an alternative venue for their home fixture and were reportedly considering playing the game around the back of the Andersonstown Leisure Centre on a concrete surface.

Heroically, Linfield FC have stepped in to save the day and have offered to let out their pitch for three hours at 6pm on Saturday 25th May for £300 an hour as long as the anthem is played by a flute band and that any national flags are restricted to the Ivory Coast or Italian ones.

Cross-community guru Alastair Jacobs admitted that this may be the greatest single world event in recent times, rivalled only by the fall of the Berlin Wall or the Mandela presidency.

“For Linfield and the IFA to open up their hallowed ground to the gaels of Tyrone and Antrim is an emotional gesture. GAA fans will get to taste really good burgers and stuff.”

Unfortunately, the Ulster GAA Council have been asked to provide their own goalposts. Unable to do so, Ulster officials have asked players and umpires to use their imagination. 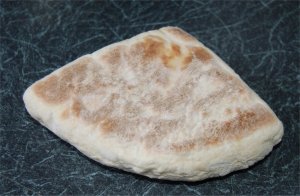 A Dungannon bouncer was celebrated across the county today after it emerged he managed to cut a soda bread exactly down the middle with a kitchen knife before loading it into the toaster this morning.

Patrick McNally, who, coincidentally, was sacked three weeks ago from his job in a bakery in the town for refusing to ice a cake with “Up Coalisland” on it, admitted it was a result of sheer determination as well as staying sober the night before:

“I’ve been slicing sodas for 44 years and never have I managed to slice her right down the middle. Last week I completely missed the soda and stuck the whole side of it into one section of the toaster. I’m delighted. If I can do it, others can with persistence and staying off the drink.”

McNally posted his achievement on Instagram, earning over 300 likes and 24 comments.

In other news, a Gortin woman reversed the whole way to Fintona last night.

The Oxford English Dictionary have braced themselves for a furious backlash as their new additions for collective nouns managed to upset most of Tyrone and a good part of Derry and Armagh.

The Tyrone Tourism Board are adamant that they will not accept the new term ‘a depravity of Tyronians‘ as an official description for a ‘group of Tyrone people casually walking about‘ as described in the 2019 Oxford dictionary.

Additionally, Derry have promised to help Tyrone fight the new descriptions after they themselves were labelled ‘an abomination of Derry folk‘ which was reportedly an upgrade on their previous collective noun of ‘a shower‘ which was used in last year’s edition.

How ‘n’ under God did they come up with a depravity of Tyrone ones? They say they did their research in Strabane but that’s just shabby work. I feel for Derry too. A shower of Derry people seemed appropriate enough. I don’t know why they changed it. We’ll fight this.”

Armagh have yet to comment on their new collective noun of ‘a nuisance‘.

Meanwhile, for the 300th year running, the Oxford English Dictionary team have rejected another application from the county to have the word ‘bollocks’ defined as ‘a person who talks nonsense’ added to their list.