Coalisland Man Disowned For Claiming Game Of Thrones Was Shite 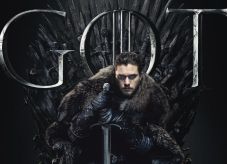 A Coalisland plumber, who won East Tyrone Mr Wrangler Jeans Backside in 2007, has claimed he has never felt so lonely after he openly claimed that Game of Thrones was shite and that Derry Girls wasn’t much better.

Tommy Quinn, who also made the papers in 2016 after finding a gold ring with his metal detector which dated back to the 1960s, was refused entry to three of the town’s watering holes last night as well as all 34 off-licences.

“The priest said last week at Mass that honesty pays. So I goes into O’Neill’s pub and told everyone that the Game of Thrones was pure dung. I was immediately glassed. I then stood tall and said that Derry Girls was as funny as a kick in the balls. I was glassed again and lifted by three women and thrown through the window. Fr Toner needs to explain that.”

Quinn has now found a drinking den behind the old egg factory in the town alongside three 16 year olds and a dog.

Meanwhile, Peter Canavan has denied that he inspired the Game of Thrones franchise after claiming in his Croke Park All Ireland acceptance speech in 2003 that he was taking Sam back to Throne.

Posted on April 26, 2019, in Coalisland, GAA and tagged Coalisland, Game of Thrones, Peter Canavan. Bookmark the permalink. Leave a comment.