Terror In Tyrone As Windmill GFC Plan To Reform 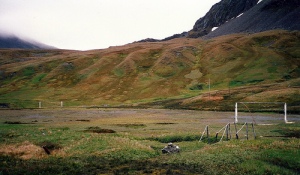 Gaels throughout the county have reacted with shock to the news that Windmill GFC are on the verge of reforming and might even take up the hurling too this time. The East Tyrone outfit disbanded some time in the early 80s after a series of misdeameanours on and off the field left them unable to put out a side at any level every week. Fears that the club may reform surfaced last week when sons of ex-players were spotting running around a field for an hour, stopping only to rugby tackle haystacks or shoulder into makeshift walls. Moortown stalwart Paddy Quinn made no bones about what this means for Tyrone GAA:

“I never thought this day would come. I remember as a kid being told stories about the Big Bad Wolf, The Troll Under the Bridge and the Windmill Full Back. That was the category they were placed in. I only played the once against the Windmill in 1977 and lost my complete bottom set of teeth, and I was a sub who didn’t get on. This is bad news for the supposed hard men in the county. They’ll be whimpering in their sleep over the summer.”

The Tyrone referees’ Society have met already to reassure each other that ‘things will be alright’ according to retired umpire Gary Coyle from Stewartstown:

“One of my last matches refereeing was a game between Urney and Windmill back in 1980. Played down at the shore, Urney faced the intimidating sight of the Windmill side eating raw meat as a warm-up to the backdrop of men wrestling salmon and trout on the Lough. I sounded the final whistle with Urney a point ahead and left the pitch, slowly walking backwards, pointing a gun at the furious Windmill contingent. Unfortunately, I was hit over the head by an elderly supporter wielding an umbrella and woke up in Cookstown, stripped bare, with my hands superglued to my head. We need to be prepared this time.”

Windmill’s new chairman, Vinny ‘Cut throat’ Dawson, says they will not be forgetting their roots:

“They said they’ll give us a go at division three next year. If I was the Brocagh chairman, I’d pull them out. We have long memories here and can vivdly recall the day they overturned the Maxi belonging to our manager back in 1982 down at their place. Long memories.”

Their first friendly is pencilled in for August 21st against a Maghaberry Prison GAA Select.