Most Tyrone People Still In Bed After Armagh Defeat 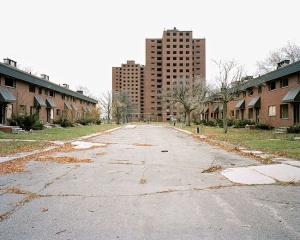 Following their harrowing three-point defeat to neighbours Armagh, it was reported that by midday today only three Tyrone people had ventured out of their house and one of those was to lock the front gates.

The loss, which sees Tyrone exit the championship in mid July, comes on top of the cancelled Brooks concerts, leaving locals with little to look forward to apart from a weekend in Bundoran here and there.

“It’s a deadly quiet place at the minute. The roads are empty for fear of seeing an Armagh person. No one wants to talk even. I thought I spotted movement in a hedge near Eglish but that could have been anything. My husband did set one foot out but an Armagh Carpets van drove past and he got teary eyed and said ‘feck that’ and went back to bed. There’ll not be many fields cut this week.”

Psychologist and Armagh fanatic Dr Tony Fearon reckons the double whammy of Brooks and Tyrone will have shattered even the most resilient Tyronnie. Speaking from his house in Portadown, he added:

“It’s a severe blow to the Tyrone psyche. All that’s left now is reruns of Glenroe and slagging each other. Rub it up them I say.”

Producers of a remake of The Good The Bad And the Ugly have moved quickly and filmed several scenes in ‘ghost towns’ across the county.

Meanwhile, the Tyrone management have scotched rumours that Mickey Harte plans to give every man in the county a game by the time he retires in 2020, in order to raise spirits. Spokesman Pat Quinn fumed:

“Hardly everyone, like. It’d be suicide sticking a lame 80-year old on that big McKeever lump from Armagh. He’d ate him.”