Hundreds of parents across the county have been told to cease festivities after street parties broke out after the news that schoolchildren are to return to class full time from September.

Peter Weir’s announcement on the six o’clock was greeted with several audible ‘yeeeeeeooos’ in various townlands from grown men and women, with a serious lack of social distancing on show as drunken parents performed jigs and reels including The Waves of Tory and The Walls of Limerick.

“Wise up. For parents to be carrying on like that in broad daylight, drinking prosecco and their sad children looking out through their windows is disgraceful. Cookstown seemed to be the worst with the world’s longest conga line up the main street. We had to baton a crowd of delirious parents in Newmills.

With most children not having seen the inside of a classroom since March, many mothers have expressed delight at not having to wash the walls etc before teacher/class Zoom calls with this news.

Meanwhile, teaching unions have reminded parents that their annual gifts from graduating students in June can still be backdated when they return to work.

Tattyreagh Parents Told To Stop Telling Lies To Their Children 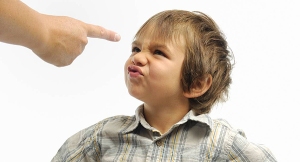 A recent survey by a man in America has revealed that Tattyreagh children are the best behaved in the world but are also told the most lies by over-cautious parents. To back up his findings, Dr Zeus Valencia interviewed 120 Tattyreagh exiles who listed ‘white lies’ that have haunted them well into middle age.

Amongst the most effective were:

“My ma used to stop me from taking food from the fridge by claiming that there was an angry wee man in there who operated the light. Even now I’m tara afraid to open it, 40 years later. Last week I didn’t eat for three days. Then there’s the one where my da would say if I didn’t shut up he’d tell ‘the man’. I wake up in tears sometimes thinking the man is outside the house. It’s a nightmare life I lead. Tattyreagh must change.”

Jane Hurson, who left Tattyreagh for Seskinore in 1987, claims she has even passed down some of the lies to her own children:

“I feel so ashamed. Yesterday I told my daughter the one about the ice cream van –  if it plays music that means it has run out of ice cream. It’s like a disease we have. I went straight to confessions and doubled the penance. Next I’ll be telling her the Brits took our dog instead of just saying it died. I need help. Please.”

The Tattyreagh Parents’ Society released a statement today saying the report was ‘a load of balls’ and ‘pure lies’. They added that ‘we all know God cries when someone lies’, predicting heavy rain all week.