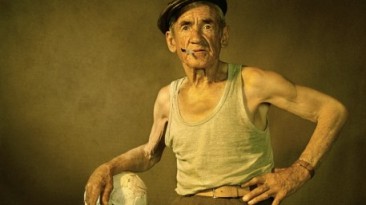 Tyrone officials have scotched rumours that a Galbally 65-year old is to be a surprise inclusion in tomorrow’s team v Donegal, going as far as to say it was “pure balls”. The story that had been doing the rounds in Galbally and Kildress since the start of the week is that Danny Murphy had been called up to the panel because of his ‘long-kicking’ and ‘high-catching’ as well as being ‘crafty’. Murphy himself appears to have done little to rubbish the rumours by raising his eyebrows and saying ‘you never know’ whilst pretending to jog short distances around his garden. Local hedge-cutter, Tom Loughran, still thinks there’s something in it:

“Listen, there’s no smoke without fire. Danny was a deadly footballer in his day and once scored 0-4 from play against Drumragh in 1979, in their field! People say he scored 0-3 with his right leg and headed one over. It’s the stuff of legend around here and he’s never had to buy a pint since, and him a tee-totaller. I’d say Mickey Harte has been a bit worried about the young lads in his panel and has asked Danny to dig him out. I saw him at the sports day last year and he still has a deadly kick on him. There was a stray buck cat annoying people and he ran over and booted it over the pavillion. Wemen swooned.”

Tyrone officials though have played down the rumour and told us to “catch ourselves on” calling the rumour “the biggest pile of dung they’d ever heard”.

“Pure balls. Why the hell would Mickey draft in a 65-year old from Galbally and there’s Mugsy fixing fences with his togs on raring to go? Anyway, Danny’s blind in one eye and has a bad limp. This is just stupid. I’m putting the phone down.”

Danny has refused to confirm whether he’ll be running out onto the Ballybofey turf, simply telling us “when the seagulls follow the boat, it’s because they’d be thinking it’s the right way to go.”