← US Government Demand Words ‘Deadly’ and ‘Lethal’ Be Outlawed In Tyrone
Derry To Hand Moneymore, Ballyronan And The Loup Over To Tyrone →

Valentine’s Day In Tyrone – Out And About 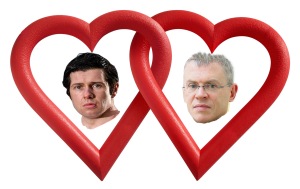 This morning we hit the roads and loanans of Tyrone and randomly stopped people wandering about to find out if romance is alive and well in the county in 2017:

“Aye, I pulled out all the stops this morning. I lifted my underwear out of the shower after I’d finished and even showered faster so she has some hot water left. Tonight she’s getting a surprise slap-up sausage supper and a can of coke from Landi’s. Deadly stuff altogether.” LEO MCCANN, COALISLAND

“Some feckin chance. Romance to that man is me dressing up like Brian Dooher. Did that last year so never again. He hinted at me pretending to be Chris Lawn this time. I toul him where to go.” ANNE QUINN, ARDBOE

“I don’t get it. I bought her an exercise bike. Even put a ribbon on it. She gave me some skelpin.” SEAN MCELVINNEY, STRABANE

“The hoor bought me a heart-shaped box of Ferrero Rocher, and ate half of them on the way home. Says he was starving and he only went to Dungannon to get them.” EILISH MORGAN, EDENDORK

“Some bollocks. He got me a card in Chinese, unsigned. He says it was the only one left, and he wanted to use it next year too. Needless to say, a toe up the hole was swiftly executed.” SIOBHAN MCATEER, BALLYGAWLEY

“4 Hubcaps and then a breakfast table for two at the KFC. Then he forgot the wallet.” JENNY KELLY, AUGHER

“A hedge skimmer. I says what am I going to do with that. He just shrugged and said it was on sale.” KIM LENIHAN, TATTYREAGH

← US Government Demand Words ‘Deadly’ and ‘Lethal’ Be Outlawed In Tyrone
Derry To Hand Moneymore, Ballyronan And The Loup Over To Tyrone →