Strabane Copyright The Word ‘Skiddly’ In Honour Of Hugo Duncan. Unauthorised Users Will Be Kneecapped. 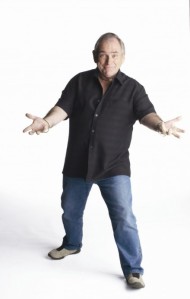 Say skiddly and lose your knees

In recognition of Hugo Duncan’s 40 years in the music business, the district of Strabane have secured the copyright for the word ‘skiddly’ for the next 20 years, with only Strabanesers allowed to utter the word between the hours of 8am and 6pm Monday to Friday as well as all day on public holidays.

However, in a move which has been described as draconian and ‘mental’ in some quarters, the Strabane District Council have reminded outsiders that in the small print of the copyright, they secured the right to shoot on sight anyone not from the designated area who is heard uttering the word skiddly inside the protected hours.

Lord Mayor of the town, Marie McAloon, explained the decision:

We think it’s a wonderful gesture to copyright the word skiddly. What greater honour could we bestow upon the wee man? However, these things are pointless if they’re not enforced. Our rules make it more special. We will kneecap anyone who uses the word outside of the directed times. I think Hugo would agree and even if he objects we’re doing it anyway.”

Clady, 4 miles from Strabane, is said to be restless tonight. Linguists from the area maintain the average Cladian says the word ‘skiddly’ up to 20 times a day and predict a rash of kneecappings before things settle. Headmaster Brian Hornton added:

“For example, I’ve used the word skiddly four times already and it’s only 10am. I said to the wife ‘it’s a skiddly day today’ when I looked out the window. The word skiddly can mean anything, from sunshine to hail. We’re in big bother here. I hope the Strabane council reconsider their conditions.”

The directive is activated at midnight tonight.