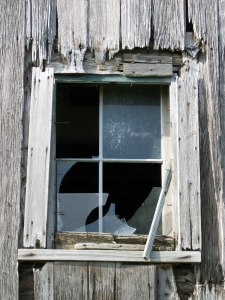 Hordes of Malachi Cush fans across the county have admitted to stepping up security after it emerged this week that a Nathan Carter fan had his windows smashed for playing his music for about an hour in his own house.

Cush, who hit the big time over a decade ago with classics such as ‘All I Want is A Cup of Tea’ and ‘Shenandoah’, has a massive following in the county as well as armies of fans in both Thailand and Albania. Already there have been reports of angry crowds gathering outside houses in Donaghmore who have been accused of playing Cush’s 2005 album Celtic Heartbeat (Where The Heart Is) with some windows open.

Pomeroy native and Cush fan Barney Cavanagh revealed he’s afraid to play his albums even with earphones in:

“I was playing Raggle Taggle Gypsy on Sunday, one of his finest in my opinion, when someone fired a stray cat at my window. The Nathan Carter incident has empowered the anti-country and western singer masses. I even bought a pair of massive headphones but still have the volume down whilst listening to the likes of Spancil Hill.”

High levels of intimidation have also been reported in Cookstown, Carrickmore and Newmills. PSNI officials have encouraged fans to make sure all windows are closed when playing Cush’s music as well as investing in increased home security.

“MI5 has upgraded the threat level from C&W haters from ‘likely’ to ‘deadly sure’, meaning an attack is a ‘strong possibility’ to anyone belting out the Lakes Of Ponchartrain or She Moved Thru The Fair by the East Tyrone warbler even though they’re relatively traditional songs.”

Meanwhile, Cush has promised to match Carter’s gesture of offering tickets to his next concert to anyone who has their window’s broken because of his music, although he has yet to be contacted about any of this.

Posted on May 19, 2016, in Donaghmore, Pomeroy and tagged Donaghmore, Malachi Cush, nathan carter, Pomeroy. Bookmark the permalink. Leave a comment.