Hole-Punching On The Rise In Mid Ulster 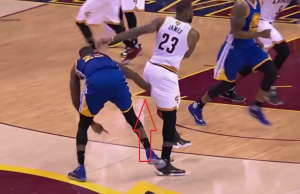 PSNI officials have confirmed that over 30 people have been arrested in the greater Kildress/Greencastle because of the recent hole-punching craze. Hole-punching, which sees a victim being punched on the backside by a passer-by or lingerer, has been on the rise in recent weeks in the area with many crimes going unsolved due to the stealth-like nature of the antagonists.

Although the majority of crimes have been committed in the open air, usually in busy shopping streets, there has been a marked rise in incidents during Communion at Mass or in the queue at the Jobcentre Plus offices.

The most recent arrest occurred at the Kildress Chip Shop when a 55-year-old man became a victim whilst ordering a cowboy supper with a tin of Lilt. Paddy McGurk explained:

Yes, there I was queuing up for a feed and all of a sudden Mrs Burns came up behind me and gave me an unmerciful punch on the backside. It was quite a shock and I didn’t expect it from a woman of 49. This hole-punching has to stop. It’s as bad as the yo-yo.”

The art of hole-punching can be traced back to the mid-1500s when old Gaelic Lords and their armies used the same tactic to great success against the English due to a lack of weaponry.

A BBC documentary on hole-punching was abandoned last week after their production team had ‘the holes punched clean off them‘ after an ambush by the Kildress Cabal.