← Tyrone To Hire Artane Band And 80’000 Spectators To Spook Mayo Before NFL Game In Omagh
Ardboe Man Wins Argument With Wife The Morning After, Alone In Shower →

Sammy Wilson To Open A Chippy In Hell 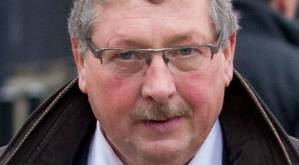 Sammy Wilson, who is famed for his love of natural outdoor pursuits, is to start early negotiations into building an underworld dynasty of chip shops which will ‘revolutionise fast food consumption in the abyss of eternal damnation’.

The food chain will provide other Brexiteers and general bad yokes with a wide range of culinary delights including Flaming Hot Pastie Baps and Devilish Cowboy Suppers (chillis instead of beans), which are obvious puns on the whole Hell thing.

Recently, Hell’s eating establishments were slated in the Irish News restaurant guide on a Saturday as being ‘bland’ and ‘lacking atmosphere and variety’, much to the annoyance of Hades and his loyal chefs.

“If that Wilson bollocks thinks he can come here and take over the dining aspect to the netherworld then he will get a trident up his bare arse. Him and Farage are first on the hit list. Thatcher’s hair salon may have been a success down here but the last thing we need is Wilson’s greasy hands dishing out chip butties to decent evil folk.”

Meanwhile, Tyrone have named a largely unchanged side for their trip to Roscommon.

← Tyrone To Hire Artane Band And 80’000 Spectators To Spook Mayo Before NFL Game In Omagh
Ardboe Man Wins Argument With Wife The Morning After, Alone In Shower →