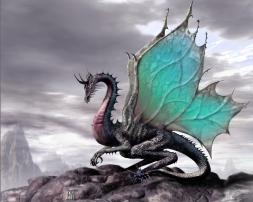 Tyrone’s first safari park opened last weekend to much controversy about the lack of animals on display and mistreatment of some of the creatures. The 150 acre ‘Lion Thrills in Sion Mills’ Safari Park, which opened just a week ago, is based in Sion Mills close to Strabane, just off the Melmount Road. It is described on the website as being:

‘set in the lush savannah of the Tyrone grasslands where animals are free to roam in their natural habitat, bordered by the meandering Mourne River, the metropolis of Sion Mills, and the Strabane sewage works’.

There have however been numerous complaints from visitors.

“It’s a rip-off”, declared father-of-two Ronan Gormley of Coagh. “We drove about for nearly two hours and saw nothing other than some rabbits and a horse. Call that a safari park? It’s just a big field”.

The heavily promoted ‘Tyrone Zebra’ in particular brought severe criticism, which was described in the zoo’s literature as ‘A slightly rotund breed of zebra having distinctive elliptical or circular black and white markings unlike the striped pattern of its African cousin’.

“It was a fecking cow” said an irate Gormley. “Anyone could see that. Tyrone Zebra my arse. The park was bare”.

Owner and manager Malachy Mullan was quick to defend the park:

“What do you expect? By the time the tourists get here the animals are taking shelter from the sweltering heat of the midday Strabane sun. Too hot and bright for them in May, see? If people want to see the animals they should come back when it’s pitch black”.

Mary McCausland of Fintona was not convinced.

“The so-called ‘big cat’ looked an awful lot like a fat labrador with a big orange woolly scarf round its neck. It didn’t look happy. And anyone can buy an ostrich from that farm near Loughmacrory. It looked ill. It’s a disgrace”.

Mullan vigorously defended his record in the treatment of animals.

“I don’t mistreat animals. I’ve been donating to sick animals for years. I love the critters. They’re my life” said the adamant park-keeper, who also owns the Donaghmore slaughterhouse.

Doubt has also been cast over some of the creatures advertised, which include a white rhino, a ‘rare breed of dodo’ and a dragon.

Mullan also later admitted that the ‘sick animals’ he donated to were predominantly horses that he backed without success at Paddy Power in Strabane.