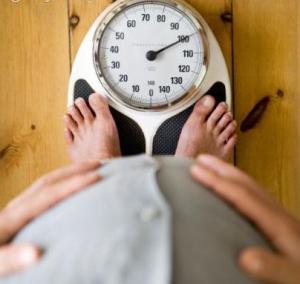 A new weight loss programme set up outside Dungannon claims its targets are ‘realistic’ and not oppressive like other similar initiatives.

‘Skinnymalinks’, set up by former 33-stone layabout Tommy Weldon from the town, urges its members to work towards modest goals such as ‘walk to the Chinese instead of getting a delivery’ and ‘try not to eat cake every day’.

Weldon, who dropped to 25 stone after a year’s Skinnymalinks dieting, explained:

“These other slimming fads place too value much on science and ask things that are almost impossible of dieters such as eating fruit and vegetables. It’s a common sense thing to say that if you walk to the chip shop or Indian takeaway you’re probably burning up half the meal anyway in exercise.  And if you walk really fast you can probably have prawn crackers too.”

Skinnymalinks also recommends other unusual weight loss ideas such as cutting a cake up really quickly to burn more calories with frantic wrist action as well as leaving one or two chips on the plate after a fish supper.

“We’re not into treat days or sins or what have you. Just keep doing what you’re doing but just do it slightly faster. The rewards mightn’t show on the scales all the time but it’s all do to with convincing yourself you’re healthy.”

Mr Weldon also advises new members to wear heavier clothes for the first weighing session, with no limit on layers.

“Some weeks we don’t weigh you at all and just take a generous guess by the look of you.”

Posted on September 12, 2016, in Dungannon and tagged Dungannon, weight loss. Bookmark the permalink. Leave a comment.