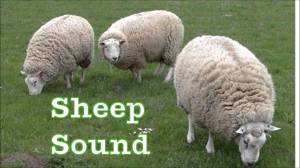 A Dungannon-born independent counsellor admitted he overstepped the mark after making sheep noises at five Galbally children who were being recognised for winning the Tyrone U12 Quiz title, defeating his beloved Dungannon in the final.

Frankie McGorian, who was barred from the council for a month in 2008 for calling the successful Derrylaughan Minor team ‘a crowd of cow-washers’ during the post-match presentation, made the sheep noises as each of the winning quiz side marched up to the stage in the Ranfurly House with parents and teachers in attendance.

“It was quite embarrassing. McGorian was obviously hurting from the fact that his son was in the Dungannon quiz side that lost to our children. He was standing up throughout the whole award ceremony giving us dirty looks. Then the sheep noises started when Galbally were called up. He even did cow ones too. He’s a disgrace.”

Dungannon District Council revealed that McGorian is indefinitely barred from meetings and is currently undergoing anti-culchie therapy in the town.

Meanwhile, the bus shelter outside The Money Shop in Dungannon is to receive listed status in 2019. A ceremony to mark the occasion will included a specially penned song by Malachi Cush about courting women in the shelter after a few pints in the Fort.