What’s On In Tyrone This Weekend – Nov 1st-2nd 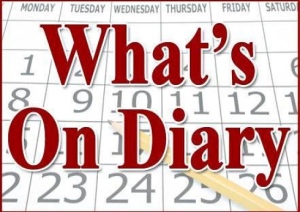 PARADE OF THE ELEPHANTS – Barney Eastwood and Jimmy Cricket lead the annual Parade of the Elephants at 10am Saturday morning. These fine creatures, 9 in total, live on the Tullhogue side of the town and are native to the area. They are a distant relative to the elephants you’d see in programmes about Africa and barely survived the hose pipe ban of 1995. Young children at risk from being excreted on so caution needs to be exercised.

Edendork will witness the coming together of Coalisland and Clonoe people – a must-see event (Sat 2pm). The East Tyrone diaspora are a uniquely indigenous people, many of whom haven’t set foot out of a 15-mile radius of the area apart from going to Nutt’s Corner in the lead up to Christmas. Sit back and watch how they interact using one-syllable words. Witness their jeans and tucked-in jumpers – a real heart warmer. Observe how they manage to throw a pound into the turnstyle and get away with it by employing a pretend innocent ignorance that you had to pay in at all. Get there tomorrow before they start watching Friends and change.

Celebration of Polygamy.  The marriage of one man and several women or one woman and several men, is prohibited in modern day Omagh, but only in the first weekend of December and must be terminated by St Stephen’s Day. The great Seamus McMahon, the oldest living functional man in Omagh, is said to have had 700 wives and 300 concubines. Sunday polygamy service starts at 4pm Sunday at Healy Park.

Baler Twine Belt Competition. Sunday 9am sees the inaugural baler twine belt event. Men and women will parade down the main street in their Sunday best with only baler twine holding up their modesty. Best twine judged by Hugo Duncan and Jimmy McGuinness.