Pope Francis Reportedly Under Pressure To Visit the County 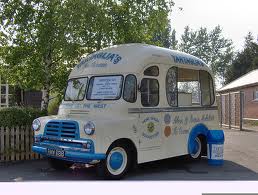 Speculation from Rome is rife that Pope Francis feels under increasing pressure to visit the county to see what all the fuss is about.

The recent G8 Summit in Enniskillen saw presidents and prime ministers pass through Tyrone, whilst Caledon hosted a royal visit in July when Prince Charles and the Duchess of Cornwall turned up unexpectedly. Meanwhile, pop star Andrea Begley brought publicity to Pomeroy after winning BBC’s ‘The Voice’, whilst Bono himself was apparently spotted wandering about Beragh only last month. Sources believe that the Pontiff feels he is missing out on something, and that he is now desperate to jump on a plane to visit Tyrone.

A source at the Vatican confirmed,

“The Pope has said that he wants ‘a poor church for the poor’. That’s why he should start off at Stewartstown. Jaysus, them poor crayturs. Some of them haven’t even got Sky. No wonder they look miserable. They’ve never even seen an episode of ‘The Sopranos’”.

Dermott O’Malley, a part-time tightrope-stretcher from Greecastle, was just as keen.

“We have a wee ice cream van all ready that we can turn into a Popemobile when His Holiness is whizzin’ about the place. We can leave the ice cream yolk in so he can have a Mister Whippy if he gets a bit hot. Deadly. And we’ve managed to find an old poster of Maradona to put on the side of it to make him feel at home”.

However, not all locals welcomed the news.

“To be honest, I’m fed up with all thon well-knowns turning up”, said Dungannon man Peter Kerr, who runs a local newsagent. “Obama was in here looking for a copy of ‘Lady Senators Monthly’ and he got chased. And thon Charles and Camilly were worse, standing at the back of the the sweetie section gigglin’ away like weans, then running off with penny chews without paying. If His Holiness comes in here with that attitude then I certainly won’t be kissing his ring”.

Speculation regarding a papal visit increased further yesterday following easyjet’s announcement that flights from Rome to Belfast International are now as cheap as £29 including taxes.