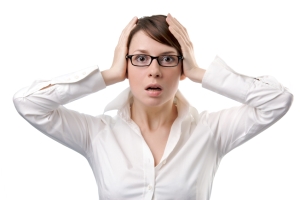 A 2-second blast of thunder left most of East Tyrone on high alert throughout the night with police reporting 1340 calls from worried homeowners. PSNI officials also admitted they spent a couple of hours driving about looking for the noise before the Met Office in Belfast informed them that the sound was actually thunder.

The blast, which occurred around 10pm last night, was described as something close to the sound of a nuclear bomb according to Dungannon pub-owner Jamesey Sloan:

“I’ve never heard anything like it. There were boys running all over the town screaming and shouting about the war being back on and about heading to the bunkers. Women were crying and wailing, saying rosaries in the middle of the street. It was like a film.”

Meanwhile in Ardboe, thousands of residents got into their boats and rowed for Antrim on the other side of the Lough. Patsy Coney remarked:

“Ghost oh boys it was tara. We thought maybe the Sperrins were falling down or something so we all sailed East. A couple of boys swam it. The clergy were handing out Last Rites all over the joint.”

PSNI spokesman Herr Steinburger admitted there were a few red faces in the force:

“Yes, we got caught up in the whole excitement. We had 400 officers out in jeeps looking for the noise. When you add in the 200 or so vigilantes also out searching for the noise there was chaos on the roads. We thought it came from a poitin barn in Stewartstown but he said he’d made all his Christmas batches months ago.”

BBC Weather confirmed it was just one short blast of thunder and warned locals not to go clean mad again tomorrow when hailstones are predicted.