← Anarchy In Tyrone As Post-Brooks Stress Hotline Set Up. Bonfires and Screaming On The Rise.
Local Gangsters Organise Amazing Concerts After Brooks Fiasco → 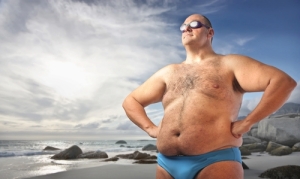 Two Derrylaughan brothers, Kenny and Kieran McAliskey, were said to be a bit annoyed after they were mistaken for two whales which sparked an international environmental storm. Both have since signed up for Slimming World in Dungannon.

The global incident was first reported after dog-walker Malachy Hamill spotted the two carcasses on the shoreline at 10am down by the Washingbay, a former continental sunbathing resort. Hamill, who claims to have 20/20 vision despite his 77 years, immediately phoned the parish priest, Irish News and BBC NI with his findings before heading home to find his binoculars.

“I was afeard of approaching them in case they got angry. But they definitely looked like two hefty whales with blubber wobbling all over the place.”

Fr McKinstry was on the scene within minutes and began a rosary with 15 women who follow his car about, ‘for the safe return to America or wherever the beasts came from’ according to chief prayer Lisa Mullan. Mullan added:

“Then all of a sudden the whales got up and rubbed themselves with towels and got into the car. We thought it was a miracle and a rake of the women fainted. It was only after Kenny wound down the window as he passed by and called us a bunch of praying perverts that the penny dropped. I’m not sure what happened here but it might be a miracle. Fr McKinstry is building a whale grotto just in case the Vatican gives it the nod.”

“If there’s anything that will encourage you to lose weight it’s being reported by Wendy Austin on BBC Radio Ulster as resembling a whale. I sort of got my eyes opened there. We ate a lot of Chineses lately.”

Meanwhile Lough Neagh Rescue Centre have confirmed that it’s impossible for a whale to come up the Bann to the Lough.

← Anarchy In Tyrone As Post-Brooks Stress Hotline Set Up. Bonfires and Screaming On The Rise.
Local Gangsters Organise Amazing Concerts After Brooks Fiasco →