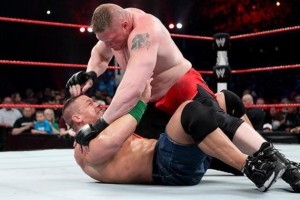 It has emerged today that a Tyrone-born priest deliberately tripped Lee Keegan after communion during Sunday Mass in Westport, the day after Mayo dumped Tyrone out of the All Ireland series.

Keegan, the impish half back who expertly hounded Sean Cavanagh during the game, was said to be ‘shook up’ but has vowed to return to Mass this weekend nonetheless. Fr Jordan, a Trillick native, has denied any wrongdoing whilst claiming it was six of one and half a dozen of the other.

“It was a blatant trip. Keegan went sprawling onto the lap of the sacristan, Mary Boyle, and he’s not that type of worshipper. Fr Jordan was in foul form and I’ve no doubt it was related to the previous day’s result. His homily was all about the pulling and dragging that goes on in the fires of hell and stuff like that. A weird performance altogether.”

A close relative of Keegan also accused Fr Jordan of purposely gouging Keegan in the eye whilst giving communion although the Mayo half back is refusing to comment on the details.

This is not the first time Fr Boyle has courted controversy after a Tyrone defeat. In the aftermath of the semi-final loss to Kerry last year, the priest reportedly stormed into the Spar in Westport and kicked down the Kerry Butter stand, causing over £35 worth of damage. He was also accused of giving Armagh natives stricter penances after confessions during the height of the Tyrone/Armagh rivalry of 10 years ago.

Meanwhile Colm Cavanagh has come under fire in the Cavanagh household after the video showed him laughing at Keegan performing a WWE move on his brother Sean. Neighbours suggested there has been a simmering rivalry between the brothers ever since Sean gave Colm one of his All-Stars as a birthday present last year.