Club Players In Tyrone May Be Forced To Play At Midnight, In Car Parks 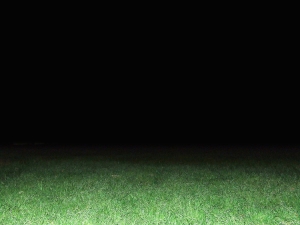 A leaked document supposedly drawn up by the Tyrone County Board at the start of the year indicated that several radical club game proposals were considered, aimed at giving the county players the best chance at All-Ireland success.

Amongst the more controversial ideas was to play FOUR rounds of league games at midnight on a Sunday to give county players more time to train with the county all weekend, playing some games in car parks to preserve the pitches for county training, and to play at some unusual venues such as the boxing club for Ardboe/Fianna and Barcelona for Clonoe/Dromore.

A club football activist, Reginald McSherry, maintains the leaked plans is another nail in the coffin for non-county players in Tyrone:

“Doesn’t surprise me a jot. Them boys in suits really do think the new CPA stands for the Crap Players Association. Never mind the midnight games or car park venues, but to drag the Clonoe v Dromore game to the Nou Camp in Barcelona is scandalous. Everyone knows Mickey O’Neill cannot fly. He’d be driving for 2 weeks. It’s just another way to get county players off playing club games.”

95% of the proposals were rejected due to a delay in the paperwork but will be reviewed in 12 months depending on who’s in charge of the county team.

Darren McCurry was reportedly flying in training in a late bid to force his way onto the Tyrone starting team to play against their dear neighbours Derry in the first round of the Ulster Championship this Sunday.

Insiders confirmed that the Edendork sharpshooter arrived in training last night by jet-pack and remained flying until he ran out of fuel around half nine. Clonoe’s Conor McAliskey was allegedly furious at the lengths his fellow corner forward was going to to worm his way into Harte’s plans. A squad member told us:

“You should have seen McAliskey’s face. Everyone knows that if you’re flying in training Harte tends to pick you so McCurry took the cliche to a new level. To be fair to Conor, he latched onto another GAA saying and started kicking lumps out of Sean Cavanagh. Real lumps, like. Everyone knows that if a player is kicking lumps out of others in training then Harte knows he’s psyched up for the championship. Sean’s in a bad way though. Holes all over him.”

McCurry’s new approach saw him become a genuine target man for Mickey O’Neill’s kickouts as he won 20 out of 20 punts from the keeper, uncontested, though he was whistled for over-carrying every time. He was also blown out of Garvaghey towards the Ballygawley roundabout several times by high winds.

Reports suggest Harte was impressed by the lengths McCurry was prepared to go to but reminded the diminutive forward that Ricey McMenamin once gave 101% during training in 2008, verified by medical science through a GPS monitor strapped onto his back.

Niall Morgan’s attempt to ‘bust his balls’ in a last-ditch attempt to make his way onto the side unfortunately saw him in A&E overnight.