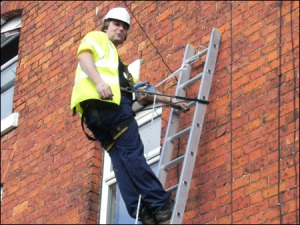 A rare sight in Tyrone

Pay per view broadcaster SKY TV has reported that it haemorrhaged just under 500 million pounds since 2001 in ‘lost or stolen revenue’ in County Tyrone. Most of it is thought to be attributable to trade in illegal counterfeit box units.

An East Belfast based representative for Sky, Mr Philo-Farnsworth Jenkins, has told Tyrone Tribulations of the frustrations the Rupert Murdoch owned media company has had to face around mid-Ulster.

“We believe that the Carrickmore area is by far the worst offender for copyrighting issues. Only 3% housing we visited have actually admitted to even owning a television set, never mind pay per view packages. The majority even had dishes on the roofs. Our presence is hardly sustainable at this rate. When issuing notices to conform, we have received house-owner names such as Michael Mouse, The Man From God Knows Where, Napoleon Dynamite, Sean South, Vladimir Klitschko, Rupert Murdoch, Rupert The Bear, The Pope, Oz McCallan and we even had a Tiger Woods. It’s really not that funny.”

Jenkins has also spoken about the threats and unsafe conditions his drivers are facing in some parts of Tyrone.

“In the past four months, we have had a penis drawn on Homer Simpson’s forehead on one of our vans, and posters of an Irish footballer called Patrick Spillane stuck to five different windscreens. We’ve also actually had a van clamped by a youth of no more than 13 years of age – from where he got the clamp is still a mystery to the authorities. One of our employees conducting a door to door survey was even threatened with a gigantic wooden spoon as well as a hurling or shinty stick, and told to get out of the area. What is going wrong with NI youth these days? “

Mr Jenkins went on to say that typically the highest TV traffic bracket – week day mid-morning – is associated with a plethora of students and unemployed sitting at home drinking tea. He conceded that 97% of Tyrone homes not having a TV in this day and age is simply not credible:

“When you look at the nationwide viewing figures for Dr Phil, Jeremy Kyle and even Deal or No Deal, if it weren’t for the unemployed these programmes simply would not be on television. They would be replaced with more Homes Under The Hammer type stuff and yet Tyrone bucks the trend completely, with no one watching TV… You can laugh all you like but it is a serious matter.”

Also, despite the fact that GAA clubs throughout the island of Ireland have been offered a discount of some 30% to install a SKY box, only one GAA club anywhere – the PSNI Gaelic Athletic Club – has come forward to apply, though the club’s subscription money remains to be paid.

As local channel Ulster Television prepares to go south of the border, with first programmes due to air on January 1st 2015, UTV are preparing to install barriers and water cannon at their premises. They are expecting loitering and crowds to gather outside UTV house on the Ormeau Road over Christmas, as this can often be a quiet season for protesting.