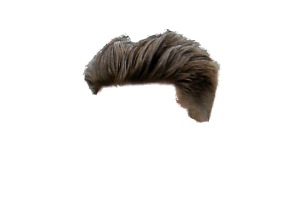 A hairdresser in Killyclogher revealed this morning that she has already sold over 30’000 units of Tiernan McCann’s inimitable hairstyle after advertising it in the Tyrone Star earlier in the week.

McCann, who will likely line out for the Red Hands on Sunday against reigning champions Kerry, had his 8-week suspension overturned late last night for over-reacting to a Monaghan player’s attempt to dishevel his finest quality.

In a show of support for the Killyclogher player, local hairdresser Linda McHugh commissioned one life-size copy of McCann’s wig only to be inundated with requests since it made its first public appearance.

“I initially only ordered one for a lad who came into the shop looking for ‘a McCann’ but he was already a skinhead. So I had to order a similar-looking one from a Japanese website and then glue it onto his head. When the lad wore it to training that night, I received over 300 calls in the morning from men, women and children looking one as well. The Japanese crowd were only too obliging and put their slaves or whatever they have to work on it immediately.”

Moy man and Tyrone expert Colly ‘Dog’ McKill is sure that the sight of 40’000 McCann wigs will swing the game in Tyrone’s favour if it’s tight late on:

“As long as we don’t concede 4 or 8 or even 6 goals early on we’ll be in with a shout on the hour mark. And when the likes of Gooch or Donaghy look up at the Hill and see thousands of black quiffs guldering back at them it might be enough to see Tyrone over the line. I think so anyway.”

A Strabane tanning salon has also witnessed a spike in sun-bed bookings this week with many wanting the full-body McCann experience. The owner, Tony O’Neill, has since stopped the sun-bed option after a GAA aficionado told him Kerry men are usually fairly tanned, being closer to the equator than Tyrone, and that it might be seen as an act of defiance against Tyrone.

The wigs retail at £39.99 and can be purchased in all good supermarkets and small confectionery shops. You can get them for £37.99 if you use the promo code ‘tyronetribulations.’