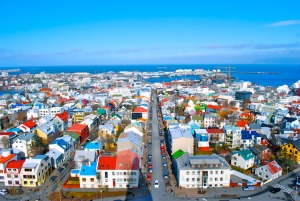 Iceland, who are appearing in their first major soccer championships, have always been happily known as Iceland ever since the ice-age. However, it appears that following a trip from a group of Coalisland GAA players to Reykjavik for a sub-zero training camp to prepare for games in the high altitude of Carrickmore and Strabane, the Icelandic Federation have adopted their pronunciation of Coalisland as their Euro’16 name for the top let hand corner of the TV.

“Them boys kept asking us questions about the town and about Landi’s deals on cowboy suppers and stuff. We kept saying it’s hard to bate the ‘island for a good feed. It’s now quite obvious, after watching their 1-1 draw against the Portygal, that they’ve adopted L’islande after hearing it from us. I feel raw and hard done by. We’ll be taking them boys to Omagh court.”

The (CNCG) Coalisland Name Conservation Group’s chairwoman Sheila McAteer has also threatened to sue the French nation for making up a new word based on their own local pronunciation of the town and are calling for both France and Iceland to be thrown out of the competition.

“It’s the only way these people will have manners put on them. And it’ll let them know we haven’t forgotten about the Thierry Henry handball either. “

Meanwhile, the CNCG are looking into renaming Annagher ‘Belgium’ if their case against Iceland is unsuccessful.

Moy To Be Totally Run On Human Waste By 2020

The Moy, which is set to become the first area in the new Mid Ulster Council district to have access to natural gas as a fuel source early next year, have revealed plans to be completely self-sufficient on human waste within 5 years.

If deadlines are met, The Moy will join Fjikillippo in Iceland as the only hamlets on the planet run on excrement and wind, which economists reckon will bring millions of pounds to the area in tourism.

Moy Mayor Paul Montague is confident that the current projections are accurate:

“I am 100% committed to the 2020 project and I’m completely convinced we’ll have a fossil fuel free village before long. There’ll be no electricity poles or pylons as far as the eye can see or as far as Benburb even. We’ll link everything up to a big dungeon-type cage in the ground where people can dump their waste into or even do the business there and then over it. We’ll be using loads of Christmas tree car fresheners all over the place to disguise the smell.”

“On one hand they’ve always been full of shite up in The Moy so they should have plenty of fuel for a century. But this is taking the piss. There’s no way them Moy ones will have the stomach for ferrying their excrement from their homes to that pit-type thing they’re storing it in. And how on earth are they going to transport their flatulence to the pit? It’s a farce.”

To the final question, Mayor Montague admitted their transporting of human wind has yet to be successfully solved but suggested it might simply be a case of using air-tight jam jars.

It has emerged today that 3 in every 5 children in Tyrone today have nightmares about Joe Brolly, ranging from demonic chases across ramparts to receiving severe criticism of their drawings at school. ‘Brollymares’ have been on the rise this week after last Saturday’s torrent of abuse on everything red handed by the bespectacled U12 manager. Gortin GFC have set up a hotline for anyone suffering from Brollymares whilst local pharmacies in Beragh have reported an increased demand for strong sleeping medicine.

A 12-year-old fisherman from Ardboe told us:

“Jaysus boys it’s tara. Ghost oh like, I dreamt last night that he was my headmaster and he was dishing out all sorts of lines and slaps for wee things like blinking too often or sneezing. He kept saying pupils in Derry were smarter. It was like Simon Cowell only multiply that by probably a million. I dread sleeping now in case I have another Brollymare.”

“You’d think every house in the area had the bubonic plague or something. I stood outside last night around 3am and the screams could be heard from every house at 5 mins intervals. Children are just traumatised with the whole shenanigans”.

Doctors have issued instructions for worried parents to read traditional horror stories like Dracula at night to their children to take their minds off the dastardly Dungiven demon.

Meanwhile there were angry scenes in Brackaville last night after a lifetime ban was placed on Brolly from ever setting foot in the parish by the village council. Local businessman Ray Campbell has offered £10’000 for the first person to catch Joe on Brackaville territory. An Icelandic exchange student who looked a bit like Brolly was released this morning having been held and tortured for three hours. His inability to speak or understand English finally stood in his favour.