Tyrone Standing By Decision To Appoint Umpire With Turned-In Eyes 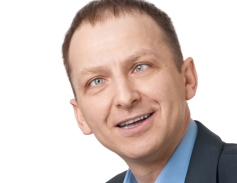 The Tyrone County Board have confirmed that they will not overturn their decision to appoint a man with two turned-in eyes as one of their inter-county umpires for 2015.

The controversial decision came to light at the weekend after the umpire, who was officiating at an Under 16 game between Brocagh and Eglish, incorrectly awarded five goals and sixteen points over the course of an hour’s play.

Mayo, Donegal, Dublin and Kerry have already made an official complaint to Croke Park although Derry County Board explained they’d ‘wait and see how it goes’.

Pat ‘The Squint’ Kelly from Aughabrack will officiate his first National League game on February the 1st between Kerry and Mayo which will be televised live, a fact that worries close friends and relatives of The Squint.

First cousin and ex-referee John Quinn urged the county board to rethink the decision:

“No harm to The Squint but he’s the worst umpire in the country and probably across the globe. I took him as one of my umpires to Coalisland for an underage game against Edendork and on three occasions he flagged a wide, a point and a goal at the same time. The fella is seeing 2 or 3 balls every time play comes near him. It’s not his fault but surely umpiring is the last job he should be at.”

Kelly, who has wrote-off nine cars and hospitalised a barman during a game of pub darts, will take the train to Kerry to be safe.

Tyrone County Board confirmed they are firmly behind the turned-in eyes community and have pleaded with the GAA family to give Kelly a chance.