The Ghost-Oh Party Expected To Poll Well In East Tyrone 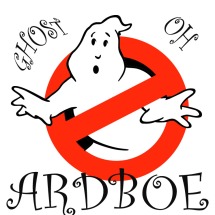 The newly formed Ghost-Oh Party, whose manifesto includes forming a nudist beach on the loughshore by 2030, were today described as bullish and confident that they’ll make inroads on traditional well-performing parties in the area including Sinn Fein, the DUP and SDLP during Thursday’s assembly election.

Furthermore, Sinn Fein election agents have admitted that Michelle O’Neill, Linda Dillon and Ian Milne are nervous about the impact Joey Coney will have in the Mid-Ulster constituency after his recent promise of curing diabetes, heart disease and consumption before the new year appears to have got tongues wagging in the greater Ardboe area.

“Coney’s a crackpot but he seems to be getting noticed. He said he’ll replace the Ardboe Cross with a bronze statue of Frank McGuigan. We thought that’d lose him the religious vote but it only seemed to have strengthened it. I can see the Ghost-Oh Party pulling in at least 6000 votes, especially now that Coney promises to make Midge ‘n’ Eel Soup a national delicacy and increasing tourism in Ardboe by 4000% because of it.”

Already a smear campaign has begun against Coney, with news leaked to local and national newspapers regarding his murky past which included wrestling with an 80-year old lollipop lady in Cooktown in 1998 over the last Irish News in a newsagent and his refusal to contribute money during the collection plate at Mass throughout the 80s.

“I have the Shinners spooked. My promise to bring the US Masters to Ardboe by 2025 is not a pie-in-the-sky scheme. I’ve already run it by Rory McIlroy and he said ‘aye, right’ and winked which is good enough for me. All Sinn Fein can promise is to fix potholes. I intend to tackle black holes, and we all know what I mean by that…”

..before walking off and laughing like mad at a cow dunging.