Derrylaughan, Derrytresk, Brocagh and Clonoe have issued a joint statement asking for Clonoe Parish residents to stop watching UTV until Frank Mitchell features one of them in his weather watching camera segment.

The segment, which occurs at the end of the 6pm News, sees Mitchell give an almost impossible obscure cryptic clue to accompany a photo of somewhere in Ulster. Examples this week have been: ‘tired of donating to charity’ (DUNGIVEN), ‘American money’ (KESH) and ‘what you do in school’ (LARNE).

Spokesman for the parish and Fermanagh native Duckie Bogue defended their stance:

“Let’s be clear about this. Mitchell is acting the bollocks here. He has featured Coalisland SEVEN times in his bit. Seven times! Like how often can he come up with clues about coal and an island? He’s rubbing our faces in it and he knows it.”

Bogue went on to declare Clonoe Parish as a Frank Mitchell-free zone and warned the radio presenter that he’d be burned out of it if he’s spotted anywhere near East Tyrone.

“It’s not as if Derrylaughan or Brocagh are particularly hard to create clues for. I can’t think of any right now myself but sure I’m not paid to. He’s meant to be the wordy genius. We exist, Frank, we exist.”

Meanwhile, Mitchell has been accused by viewers of not even trying any more after putting up his 15th picture of Greencastle and stating ‘It’s a castle that might be green‘. Avid watcher and former Armagh footballer Jarlie Byrnes ranted:

“if he’s not going to make the effort any more I’m turning over to the BBC slightly early to prepare to watch the local news again”. 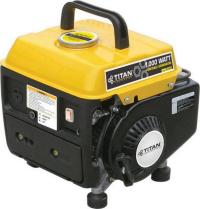 County Tyrone GAA fans could be hooked up to wind turbines in an effort to harness the tidal wave of energy in the county created over the comments made by Joe Brolly, the former player and RTE commentator.

“After having observed the gnashing of the teeth, tearing of clothes, frantic text messaging and general wreckin’ about of the typical Tyrone fan brought on by the mere thought of yer man Brolly, I thought to myself, these boys could do wonders if we plugged them into the national grid”.

The negative comments made by Brolly following Tyrone’s quarter-final win against Monaghan brought forth a backlash of anger and resentment amongst Tyrone residents not seen since 1975, when Philomena reached only number 5 in the Irish Charts with Blanket on The Ground.

O’Neill found a way of tapping into the enormous outpouring of fury and anger following Brolly’s comments made about the playing style of Sean Cavanagh during the quarter-final Monaghan v Tyrone match two weeks ago.

“It’s quite straightforward”, said Drumnakilly scientist and inventor Wolfgang O’Neill. “We gaffa-taped a volunteer Tyrone fan from Kildress to a portable generator, showed him a picture of Joe Brolly, and Jaysus, you should have watched the feckin’ thing go. It was generating so much power I thought at one point we were going to go back in time. It nearly melted. There’s nothing more dangerous than an avenged Tyrone fan”.

“I wasn’t sure at first, especially when they told me where they wanted to stick the adapter to connect me to the generator. But once it was all set up and I saw a picture of that miserable oul’ bollix, I could just feel myself getting the rage, and hey presto, within minutes I had produced enough electricity to watch a whole episode of The Weakest Link. Class”.

Since hooking himself up to the portable generator in his home, Carlin reported that he has managed to make himself toast, boil some spuds, and record Wife Swap, all powered from his own physical convulsions brought on at the mention of Brolly.

O’Neill predicts that one Tyrone fan watching the You Tube clip of Brolly on a continuous loop could power Newmills for a month, whilst a personal appearance by Brolly in the County could keep Pomeroy in electric light for up to a year.

A picture of Jarlath Burns was also tried out but that only made the housewives swoon. 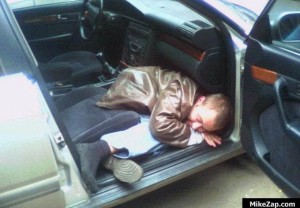 A Derrytresk representative at the GAA Congress in Derry came home with no notes and little notion of what actually happened. Sunday morning’s feedback session down at the Hill was hastily abandoned after it became clear that Mr Kilpatrick had underestimated the importance of the event. Derrytresk had tabled a motion that all county grounds should have official lockers for punters to store stuff in especially women with their handbags and other toiletries. Even though it was not expected to pass, Kilpatrick’s inability to recognise his own club’s motion didn’t help matters and it was resoundly defeated by a 100% NO vote which indicated that the Hill man himself also voted against it.

“Ah it was deadly confusing. We all met up the night before for a few drinks and I was a bit overawed to be talking to Brolly and Burns and that sort of boy. I slapped a pup’s feed of stout into me and the last think I remembered was singing ‘Will Ye Come To The Bower’ with Cuthbert Donnelly at 3am. I woke up like a bear and finally made it to the place just as the first motion was to start. They handed me this remote thing with a rake of numbers on it and with my head banging I was deadly confused and just started pushing buttons.”

When pressed on how the Derrytresk motion failed with a 100% No vote, Kilpatrick was brutally honest.

“Aye, I voted against our own motion. Sure by that stage I was retching and sweating with the thirst. All I could see were these boys with iPads and smartphones and red pens writing away with mad accents from all over Ireland and beyond. I knew I was out of my depth and just wanted out of there. By the time they asked me to speak on my motion I was fast asleep with my finger on the no button. I haven’t a clue what happened to be honest.”

One positive though was that he thinks Brolly said he’d present medals to lads if they won anything this year but can’t be sure if that definitely happened.