In a controversial move, the Tyrone Council are to start charging farmers for rain tax from January 1st 2020, irrespective of what they are farming.

Due to budgetary concerns, the county’s officials have attempted to stem the financial tide by charging farmers for any form of precipitation including drizzle and soft hail.

Any farmers resisting payment of the rain tax will be subjected to the full force of the law according to the council’s meteorological minister Pat Spaniel:

Why should these farmers be allowed to sit back and rub their hands when it rains? All they’re thinking about is the size of their tomatoes or strawberries whilst the rest of us run for cover or get our death from the wet. And this is a warning – we’re looking at a sun tax for the hay farmers.”

Meanwhile, the Christmas Lights will be turned on in Galbally this weekend. Guest of honour will be one of the Kardashians who are well known for their love of the Galballian culture and people. Kanye West has confirmed he’ll do the bingo in the hall on the same night and will sing if asked. 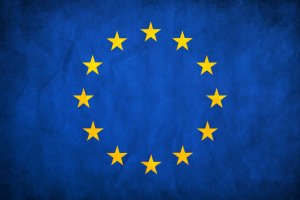 Mickey Harte, who has lamented the lack of a reliable free-taker in recent years, has been forced to shelve plans to unleash a Portuguese corner forward with a lethal left foot after the Lisbon-born sharp-shooter flew back to his native country following the EU Referendum.

Luis Barros, who honed his skills watching all of last year’s Sunday Game, played in a training game last Tuesday, scoring 0-6 from play off Aidan McCrory as well as notching 0-4 from free kicks before being substituted before half time, suffering from hypothermia in Garvaghey.

Despite being secretly told he’ll probably be starting at the expense of Conor McAliskey, Barros was seen at Aldergrove airport boarding a plane to Lisbon whilst reading a paper and shaking his head.

“Yiz deserve it,” added a 98-year old from Galbally, before asking what the question was.

A pub in Coalisland has vowed to uphold its decision to bar the transmission of any of the remainder of the European Championships in case they’re fined by somebody. Despite protests by supporters of the Republic of Ireland and the Northern Ireland supporter in the town, bar owner Brian Bulldozer Conlon maintains it’s a rule here to stay:

“I’m not taking any chances. Them boys in London will fine the balls off us I think if they catch us watching the Euros. It’s in the small print I reckon.”

Strabane Lord Mayor Bill Johnson confirmed this morning that he has secured a big-name signing to launch the town’s weekend 10k run in an attempt to make up for last year’s debacle which saw a drunken ex-Tellytubby shoot himself in the foot.

Demanding a much bigger celebrity this year, at a hastily-arranged press conference the crowd in attendance were amazed to hear that Kim Kadashian’s backside has agreed to pull the trigger for 2014. Within an hour 600 tickets were already sold including most men’s sporting clubs from the hockey society to the local cricket association.

“It was touch and go for a while. Kim already had a road bowls tournament to attend in South Armagh that same day but she did agree to lend us her arse for the occasion. It’s a mighty coup (and hoop) and I assured Kim that her derrière will be treated like royalty when it arrives on Tyrone soil.”

The fee, estimated to be in and around £50, will secure her posterior for two other gigs in the area that day including opening a new branch of Quinn’s Funeral Services and drawing the balls for the Pensioners’ Weekend Bingo.

Retired kite-maker Lionel Kildare admitted he had never looked forward to the run until today’s news. Licking his lips and smirking, he explained:

“Bloody fantastic. I’m a big fan of Kardashian’s buttocks, especially for their charitable works. I just hope the old blood pressure behaves itself.”

Kim’s rear end will pull the trigger this Sunday at 17:00 hrs.

Meanwhile, a local women’s group have promised to picket the event under the slogan “What’s wrong with our arses?”

Despite pressure from friends and family, it is rumoured that Sinn Fein’s Barry McElduff will not be baring his backside in a Kim Kardashian-style photo-shoot to raise money for the flooded areas around Derrytresk.

Carrickmore have confirmed that the calendar will go ahead with one definite photo already leaked on social media of Conor Gormley wearing only dungarees and shovelling manure in a field, winking at the camera.

The defection of McElduff is a serious blow to calendar photographer Ozzy Corr:

“I had it all worked out in my head. Barry would have his back to the camera, eating maybe a bowl of champ, totally buck naked. I wasn’t sure whether he’d have the glasses on him or not but sure it’s not going to happen now anyway. The poor flooded people of Derrytresk will be devastated to hear the news that Barry’s buns won’t be bared this year anyway.”

Women across Tyrone have described the news as ‘catastrophic’, with one 45-year old from Kildress claiming she hardly feels like bothering with Christmas this year.

“Forget the flooded ones in Derrytresk, what about the females of Tyrone? We have nothing to be looking at all year around and then we’re teased with the possibility of seeing McElduff’s posterior. It’s just cat. Barry won’t be getting my vote next time unless he changes his mind and gets the kit off. Mr Elduff – your county needs you.”

Other confirmed closely-guarded names for the calendar have been hard to acquire but we do know that Owen Mulligan, Malachi Cush, Jimmy McGuinness and Fermanagh journalist Declan Bogue were rumoured to have been spotted wearing suspicious-looking trench coats in various ramparts and ditches around the area over the weekend.

Meanwhile, a Derrytresk Community spokesman has asked for more snorkels to be send to the area urgently.