Joe Grimm, who yesterday turned 111 making him the oldest Tyrone man since records began, maintains long life has nothing to do with food and fitness but is down to a succession of fine women as romantic companions.

Grimm, who was born in Pomeroy in 1904, reckons his best decade was the 1940s when local women were ‘coming out of themselves a wee bit more’ and ‘showing a bit more leg’.

“1947 was a great year for getting women. Gone were the long pleated dresses and square shoulders. In came the cocktail dresses and pencil skirts. It was a deadly time to be sitting on a wall in Pomeroy eating ice cream and gawking at the women heading out of Mass.”

Grimm advised today’s men to give up on lifting weights and running if they want to live a long and healthy life:

“That’s all a load of balls. I sees boys running down the road with water bottles and stuff. And these same boys would run a mile if a woman winked at them. Flirting and courting at least once a day is what keeps the ticker in good shape. I attempt to tackle a different woman every day and have done so since 1951. Maybe one in every forty tackles are successful but that’s good enough for me.”

Despite having experienced 22 restraining orders and 411 trips to Accident & Emergency for chatting up married women, Grimm revealed his favourite opening line that is sure to melt any woman’s heart in Tyrone:

“Did you just fart? ‘Cause you’re blowing me away”

An indoor bowling friendly between East Tyrone and West Tyrone ended acrimoniously with threats of drive-by shootings and all-out warfare hanging over the Red Hand bowling community. The annual charity match took place last night in Brocagh with the home side hotly favoured to emerge victorious according to suspicious betting patterns in Toals Bookmakers in Dungannon and Strabane. East Tyrone, with its rich indoor-bowling pedigree, started with an average age of 72 whilst relative newcomers West Tyrone presented a more youthful 66 year old average. The referee, Malcolm Turnbull from Lisnaskea, filed his report immediately before giving the following interview to our indoor bowling reporter:

“It was clear from the start that tensions were high. The West Tyrone side emerged onto the short mats to the tune of ‘The Hills Above Drumquin’ blasting from a ghetto-blaster on the shoulder of their captain, 69 year old Paddy Graham. They seemed psyched, obviously hurting from the previous 45 defeats. Not to be outdone, Masie Davidson herself sang ‘Brocagh Brae’ as she led the East crowd out. I feared the worst and so it turned out after the first end. Henry McCann from the Moy and John ‘Kib’ Foster of Gortin seemed to have their bowls equi-distance from the jack. McCann wasn’t in the mood for calling a draw on that one so the measuring tape was produced, showing it was actually Foster who was closest. That’s when it all kicked off.”

“It was when Hugh Morgan said Adrian Logan couldn’t lick Jerome Quinn’s microphone that I heard the slap. When I looked up Morgan was laying prone on the mat. It began to cut up rough. Within seconds, all I could see were walking sticks, dentures, wigs, commodes, vests, viagra, prune juice, wind chimes, magnifying glasses, hearing aids, laxatives, slippers, nice warm sweaters, stuffed animals, cinnamon rolls, jigsaw puzzles, yarn, cotton buds, incontinence pads and currant cake flying through the Brocagh air. It was a war scene. I just left them to it.”

The East Tyrone Bowling Society released a statement this morning saying although they regretted not finishing the game, the West Tyrone squad may sleep with one collective eye open at night. Witnesses in West Tyrone have confirmed that they are stocking up on ammunition tonight for an assault on the loughshore at the weekend.

Outrage and anger engulfed Cookstown last night after a 66-year-old man was heard to say he didn’t like sausages. The remarkable outburst occurred as an elderly woman sauntered past Sheehy’s Chippy on Sunday morning after visiting her uncle and overheard a discussion between a Brazilian tourist and local man Seamy Gas.

My hearing aid had been turned up as my 115-year old uncle can hardly speak, so I heard the whole lot. The foreign lad was asking if this was where George Best ate his sausages. Seamy shrugged his shoulders and I distinctly heard him say “sure how would I know, I hate the hoors”. He then gave him the middle finger. 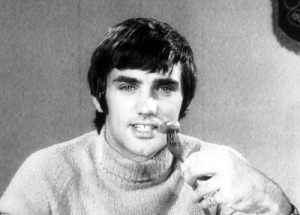 As the man says….was Bestie wrong?

Mulligan told anyone she met for the remainder of the journey of what happened, even knocking on the doors of families she didn’t know. Within an hour, up to 1000 men, women and children formed a mob and stormed through the centre of the town holding lighted blackheads and carrying banners with slogans such as ‘sausages are deadly’ or ‘you’re fuckin dead meat, Seamy’.

Late last night Mr Gas was holed up in his flat outside the Greenvale with over 5000 protesters gathered on his lawn and back field. The police refused to intervene with one PSNI constable telling us, “you reap what you sow. He has made his own bed. If there’s a riot, there’s a riot”. Mr Gas’s lawyer has issued a statement claiming Mrs Mulligan heard it wrong and that Mr Gas will eat a whole plate of sausages in the town square to appease the locals.