An Omagh lawyer has admitted he allowed his passion and temper to get the better of him after obliterating the Danish Pastry display in the Spar in the town this morning at 7am.

Paul McMahon (56), an avid Republic of Ireland supporter, has been charged with the destruction of 56 cinnamon rolls, 30 raisin swirls and 3 small pecan slices. The Fintona Road man revealed:

“I was still sore enough when I woke up over the humiliation by Denmark the night before. The last thing I needed was a Spar woman trying to promote Danish Pastry in my face at seven in the morning. I completely lost it and fly-kicked the tray out of her hand and set about wrecking the whole section. I don’t regret it. Feck them.”

Local shopper Damien Hurson, who happened to be perusing the cabbages at the same time, countered this version of events and went as far as denying it ever happened:

“Yous Tyrone Tribulations ones do this every year when Ireland get bate. Yous made up a story about a man ruining the kiwis in a fruit shop when New Zeland beat them in the rugby and a man wrecking the french bread stall when Henry handled the ball. Get new material, OK?”

Local historians have warned people to refrain from targeting Danish Pastry displays as it was the Austrians who invented them. 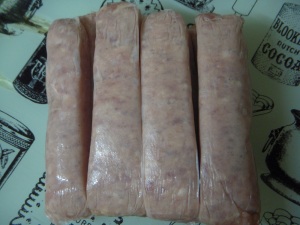 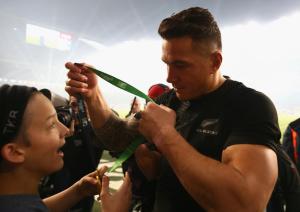 A 12-year old schoolboy, who ran onto the field after Trillick’s County Final win over Killyclogher, told victorious player Mattie Donnelly ‘naw it’s alright’ after Donnelly offered to give him his winner’s medal.

John McCaughey, who claims he only ran on the pitch to get his tissue which blew onto the field of play, was third-man tackled by a gang of linesmen who thought he was probably up to no good.

McCaughey claims he would have told the New Zealand player Sonny Bill Williams, who offered his medal to a fan after the rugby World Cup, the exact same thing:

“I’m being called ungrateful and spoilt but sure what the hell would I want with an oul bit of metal that had nothing to do with me. Sure it’s like someone buying an ice-lolly and handing you the wrapper. It would probably only be worth a fiver on eBay anyway and what would a fiver get you now?”

It was initially reported that Killyclogher’s Mark Bradley, who witnessed the incident, told Donnelly that he’d take the medal if young McCaughey didn’t want it, to which Donnelly replied “you will in your bollocks”. On further investigation this does not appear to be totally true.

Meanwhile, rumours that Trillick are to declare for Fermanagh this week are refusing to go away. The village, which straddles the Tyrone/Fermanagh border, has often been described as a Fermanagh settlement in all but name, with many of the locals displaying Fermanaghesque tendencies such as looking sad and saying ‘as wide as a duck’s arse’ as well as labelling everything a ‘yoke’.

Trillick’s opponents next week, Scotstown, have asked Trillick to decide soon whether they’re from Tyrone or Fermanagh as it changes their game preparations entirely.

Kiwis, before the kicking

Coalisland writer Roy Sherry has admitted to completely decimating a local supermarket’s fruit section, and in particular the kiwis, in a fit of temper after the heartbreaking Irish loss to New Zealand in a rugby test in Dublin today. Sherry, the town’s only rugby fanatic, was described as possessing ‘mad eyes on him’ as he rampaged his way through Newell Stores half an hour after the game.

“Jaysus he was fit to be tied. I knew he was fierce passionate about Ireland rugby but this was frightening. He kept shouting ‘where are the buckin kiwis?’ but we’d have plenty of people shouting things like that every day so no one batted an eyelid. I saw him run straight at the fruit section like an Olympic sprinter and do a two-footed mid-air sliding tackle on the kiwi punnets.”

Eyewitnesses described him jumping up and down on the kiwis shouting, ‘how do yiz like this haka, yiz Oceanic buckers’ and other similar phrases. Shop manager Mary Newell (49) intervened when a crowd began to gather to encourage the stamping session:

“By the time I got there, men were goading him into destroying any product with all-black packaging on it. As soon as I saw him pull down his trouser zip I rugby tackled him before things escalated. Sherry remarked that I could show Tommy Bowe a lesson or two, which I was secretly chuffed about.”

This was the second successive week Sherry has been caught taking a rugby defeat badly. Seven days ago he was evicted from two pubs in the town after the Australia win over Ireland, for firing his pint glass through both pubs’ TV screens for showing Celebrity Get Me Outta Here, set in the Aussie outback.

PSNI officials let Sherry off with a final warning

Thousands of caps ready to be unleashed on Brackaville

The sprawling village of Stewartstown, where no one has emigrated from or immigrated to since 1979, has decided to flex its international muscle and issue a sort-of nuclear threat to the rest of the world that they’ll be ‘taking no more shit’ from today onwards. Unfortunately nicknamed ‘tintown’, after it was revealed in 1948 that labourers wrap everything in tinfoil from their lunch to their tools, residents have decided that now was the time to reveal the arsenal of weapons they have been stockpiling since 1969 when they struck up a deal with the Russians.

“Yes, that’s right lads and lassies. We’re the bucking big boys now. We have shedfuls of Spanish fireworks, caps for Chinese toy guns, French bangers and Brazilian sparklers. Buckets of the stuff. Underground bunkers, hideouts in rural areas – you name it. Let the message be loud and clear – one more online reference to tintown or any other derogatory reference to Stewartstown and this planet is going to experience the Armageddon. Starting with Portugal or New Zealand maybe. We might give Brackaville a rattle first, like as a test drive.”

Flanked by 7 men and 3 women all wearing welding masks as disguise, Coyle was asked what sparked the declaration of war on the world at this particular time:

“I was reading something on boards.ie yesterday regarding weeding lawns and someone said something about ‘Stewartstown a.k.a. Tintown’. That was the straw that broke the donkey’s back. Then there’s them North Koreans, the Pakistanis, the Yanks, the Russians, the Chinese and the Iranis all boasting away about their nuclear capabilities. Well, try counteracting 5000 loop-the-loop fireworks being dropped on you from about 1200 feet. One of our lads recently got a provisional pilot’s licence and we know we can hire a small 2-seater from Newtownards. Just push our buttons one more time. ONE MORE TIME.”

The UN have confirmed they are taking this threat seriously but will wait to see if it’s just a result of nerves before the Intermediate quarter final against Brackaville that has sparked today’s declaration.