← Shamed Omagh Man Admits To Opening Easter Egg On Good Friday At 3:01pm
Some Tyrone Men (and the odd woman) Arrested For Being Not Physically Prepared For Early Spring Sun → 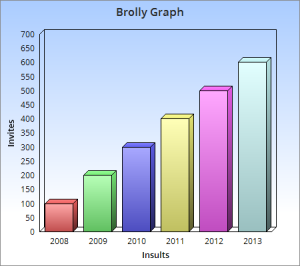 After a 3-day seminar in Kildare, psychologists have failed to explain a new phenomenon whereby the more Joe Brolly abuses and insults Tyrone GAA and its popular sporting figures, the more invites he receives from clubs within the county to appear at chat show evenings.

Financial experts maintain that for every anti-Tyrone outburst by the Dungiven barrister, his bank balance is boosted by over £10’000 by cash-laden clubs hoping to parade the 1993 All-Ireland winner on podiums alongside other lesser-light pundits such as Paddy Heaney and Adrian Logan, prior to big games.

“We just cannot explain the crazy mindset in Tyrone. It appears that the more Brolly angers them, the more money they’ll throw at him, with 1000s of women also hoping to get a photo taken with him. We reckon that his decision to tell Mickey Harte to eff off as well as to receive the sack within the last 7 days will earn him over £40’000 before the year is out – all paid out by confused club chairmen across the county. It’s a more perverse form of Stockholm Syndrome.”

Stockholm syndrome, or capture-bonding, is a psychological phenomenon in which hostages express empathy and sympathy and have positive feelings toward their captors, sometimes to the point of defending and identifying with the captors.

Insiders have revealed that Brolly hopes to increase his Tyrone-insult rates to 4-a-week, with local women and animals due a hit before the summer starts – earning him a potentially cool £1m in the process.

An anonymous chairman informed us:

“I know we shouldn’t be giving this wee bollocks the time of day – he has ridiculed everything we’ve ever achieved as a county. But I’ve booked him in for a chat evening around August time. I can’t explain why. I’m afraid to explore these feelings.”

Scientists will re-convene tomorrow to debate the Tyrone/Brolly psychology and intend on giving it a name by the end of the week.

← Shamed Omagh Man Admits To Opening Easter Egg On Good Friday At 3:01pm
Some Tyrone Men (and the odd woman) Arrested For Being Not Physically Prepared For Early Spring Sun →