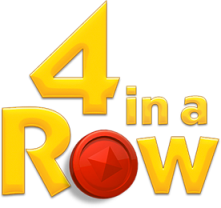 A fringe Dublin player has apparently been axed from the panel after he was seen dancing wildly to an 80s song in a well-known drinking establishment, wearing an official “4-in-a-row, even more dough” t-shirt soon after Dublin’s final opponents were revealed.

The player, who admitted he got dressed too excitedly after the Monaghan/Tyrone semi-final in order to get to the niteclub before anyone else, has also been told to hand back his car and personalised dinner plates within seven days.

Clubber and Dublin player groupie Martha McCrystal revealed she was a bit surprised to see the t-shirt out so early:

I was bopping away and then spotted the player dancing clean mad to a Michael Jackson remix song and him wearing the 4-in-a-row garb. He even was kicking mock points and goals during his dance routine and shouting something about ‘strive for five’ whilst winking, suggesting he’s thinking about next year already, the craytur.

Dublin GAA have refused to comment on the incident although one member told us off the record that there is an embargo on the t-shirts until the final whistle on September 2nd which must be strictly adhered to.

Meanwhile a hypnotist, who was brought into the Tyrone training session yesterday in order to convince them that Dublin were not that great, was seen leaving the complex five minutes after arriving. Sources revealed he mistakenly convinced Gavin Devlin into thinking he was the actual manager, resulting in Devlin phoning club-mate Kyle Coney and making him captain for the final. 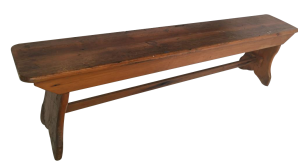 After glowing praise in the aftermath of Tyrone’s victory over Donegal in Ballybofey, in an unprecedented move Mickey Harte is set to name ‘The Bench’ top of the left for Sunday’s semi-final against Monaghan.

The bench, which was made by Gavin Devlin in 1997 for his GCSE Woodwork coursework in school, has also moved up the rankings in this year’s All-Stars awards betting table.

Devlin’s technology teacher at that time, Mr Talbot, admitted he wasn’t surprised to see the bench scoring 2-5 at the weekend:

“Devlin spent months making that bench and could often be seen polishing away at it well after the last bell had sounded in school. Although he only received a grade B for it because it warped a bit in the middle, it was a fine achievement for young Gavin as he was at that time gallivanting around Cookstown at the weekends.”

Although the bench has yet to be affiliated to any club, the Killyclogher hurling committee have agreed to take the bench under their wings and register it for their senior side.

Meanwhile, some current starters are reported to be slightly annoyed at the wave of praise the bench has received in the aftermath of recent performances.

Several supporters informed security that two players, one from Clonoe and one from Trillick, were seen giving the bench a ‘good kicking’ whilst everyone else celebrated on the field at the final whistle. Tyrone officials are looking into it.

Horse Devlin To Wear Waistcoat At Croke On Saturday 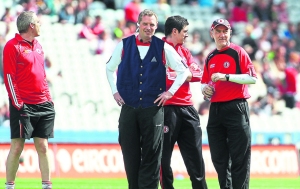 In order to gain any advantage over Roscommon, Tyrone have upped the ante by kitting out Gavin Devlin in a ‘Navy Slim Fit Wool Waistcoat’ from M&S with matching hanky and pocket watch so he can stylishly keep the time on Saturday on the sideline.

Although funded by an anonymous source, the £399 gear has come in for criticism from all over the county, including in his native Ardboe. Plumber and part-time magician Kieran Forbes admitted:

“No one from Ardboe has ever worn a waistcoat since the dawn of humanity and why Horse is starting now I don’t know. Well, I do know but he won’t admit it.”

Devlin has denied any suggestions that he is borrowing his idea for match-day attire from the current England manager Gareth Southgate:

“No, not at all. My motto is look good, manage good. I made that up yesterday and I’ve stuck to it ever since. “

Devlin will complete his dress-wear with a pair of Simon Suede Horsebit Buckle Loafers which were reduced from £180 to £145 in Dungannon, with no socks.

Following a spate statements and counter arguments regarding Tyrone’s style of play over the last few weeks, the county board have announced a 4-way MMA bout between giants of Tyrone GAA to be held at Garvaghey in aid of a new donkey sanctuary in Aughnacloy.

The fight, which pits two Moy men (Sean Cavanagh and Philip Jordan) up against Ballygawley’s Harte and Ardboe’s Devlin, will be televised live on Sky Sports 3 on the 31st June at 7pm.

Despite differences of opinion on the same issue between the two Moy men, it appears that they are prepared to put that aside for the sake of club loyalty and team up to face the wily experience of their former manager and the pure dirt of his Ardboe assistant.

Speaking at the media launch of the event, Tyrone PR expert Harry Quinn admitted there will be no softening of current mixed martial arts rules:

“Gavin Devlin was adamant that anything goes as soon as the referee gives the nod. Although Sean has the obvious height advantage over both men, Devlin is skilled in the deeper dark arts, something only loughshore men are proficient in. Harte may not have age on his side but he know’s both Moy mens’ Achilles heels inside out. Ruffling Sean’s impressive mane is a predicted tactic.”

Philip Jordan was this morning seen lifting empty kegs of beer outside Tomney’s and firing them at a wall shouting ‘you should have made me captain earlier ye bollocks’, suggesting he has already started intense training.

The Dublin management team are to approach the GAA’s Central Competitions Control Committee (CCCC) to initiate a quick DNA test after Mickey Harte unveiled a previously unknown Cavanagh brother to the public this morning, stating he’s to play alongside Mark Bradley in the forward line against the All Ireland Champions on Sunday.

Anthony Cavanagh, who claims to have spent the last few years in England ‘slapping lads and stuff’, togged out for the Moy last week, scoring 1-2 in the first 20 minutes before being sent off for violent conduct. Insiders claim he has formed a sparkling partnership with the diminutive Mark Bradley on and off the field, with pictures emerging of them frolicking in a field in Killyclogher with Cavanagh giving Mark piggy-backs.

“People think Sean and Colm are the footballers in the family but this lad is a real humdinger. He has Sean’s stride and Colm’s fielding. He also has a shimmy of his own but unfortunately it usually sees him red carded as it involves his fists. But against the Dubs that might be a good thing. We’ll see. He’s our secret weapon.”

It is believed that the Dublin managerial team are not buying it and have asked for a DNA test, possibly by Thursday before the teams are announced. Mackle has refuted the Dublin claims of skullduggery, adding

“Sure he has that oul Cavanagh head on him. And he hates Eglish. You say you’re from Eglish and he’ll take your head off, literally. Gavin Devlin has convinced him Jonny Cooper has an Eglish grandfather.”

Meanwhile, Diarmuid Connolly has been released.

Harte Given 2 More Years As Brocagh Applicant Messes Up Practical

How Cavanagh May Have Appeared Under McGorry

Mickey Harte has been offered another two years at the helm of the Tyrone Senior football team despite a brave but ultimately disastrous bid for the job by Brocagh man Charlie McGorry.

McGorry (61), who started showing an interest in GAA after watching the Dublin/Fermanagh quarter-final in August, was told he did not need to turn up for the interview part of the process following a calamitous practical when he was asked to take the senior panel for one coaching session up in the Garvaghey complex.

A member of the squad, who wished to remain anonymous, explained:

“It was a shambles. The county board told him to bring his own bibs and cones. Didn’t he turn up with bibs you’d put on a child and a packet of ice-cream cones. It was obvious that this man had never kicked a ball in his life.”

Things went from bad to worse when he produced from his bag a Black & Decker 18V Ni-Cad Cordless Drill Driver from Homebase, telling the players that he had been instructed to do some drills.

“It was at this point that we realised Mickey was safe for another while. I wouldn’t let this eejit train an under-8 side. He even brought us crisps for afterwards and they were all McCoy’s Salt and Vinegar. Mickey never gets us Salt and Vinegar as he says they’re fattening. He brings ready-salted Weightwatcher’s crisps.”

Meanwhile, Gavin Devlin has denied prepping McGorry for the job and therefore purposely sabotaging his chances of usurping Harte.

An RTE insider confirmed to us this morning that Des Cahill, Ciaran Whelan and Kevin McStay have put together a video sequence which they say shows Tyrone’s assistant manager Gavin Devlin cynically using a remote control in his ear to operate a flock of birds throughout the entire game yesterday. Shane ‘Cake’ Curran, however, has refused to buy into the idea and blames the Catholic Church and Fianna Fail for Tyrone’s surprise progression to the semi final.

The birds, numbering 20, remained on the field until mysteriously flying off over Hill 16 in the direction of Ardboe as soon as the referee blew the full time whistle. Our informer added:

“Yes, they’ve a pile of footage which shows Devlin talking into his ear piece and then you see the birds patrolling the Tyrone goalmouth, making it seem more congested than it really was. Very cynical by Tyrone when you see it. McStay has a big electronic screen with triangles and all drawn on it to show the Devlin system. It really is very professional.”

Our source revealed that Ciaran Whelan ‘went clean mad’ when McStay showed him his theory and smashed a monitor he was using to show how Tyrone cynically wore a red strip to make Monaghan think they were playing Louth.

“Whelan went berserk. His nostrils were the size of apples. Even Des Cahill was tutting and saying ‘them poor birds’ and stuff like that.”

Sources in Ardboe confirmed that Devlin was a deadly man for the birds in his teens.

The RSPCA are also looking at footage.