Uproar In Seskinore Over Reclassification Of Ballygawley As A Town 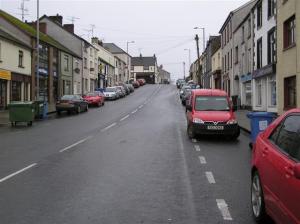 Following the news that the Mid-Ulster District Council have decided to reclassify Ballygawley as a town, residents of Seskinore have reportedly become restless after they revealed they have been turned down for the same classification for 45 consecutive years despite being 200% bigger.

Ballygawley, which was a village until recently, is expected to experience a windfall since the declaration, with news of famous celebrities across the globe accessing house prices in the area as well as the attractive categorisation of being a ‘townie’ instead of a plain ‘villager’ or ‘bogman’.

Seskinore Tourism Co-ordinator Jessie Pink admitted that the award was a kick in the stomach:

“We just can’t believe it around here. What does Ballygawley have that we don’t except a massive roundabout? We have a primary school and a church just like them and we don’t have pubs which should be a plus with all the bad press alcohol is getting.”

Ballygawley is to welcome the new classification by issuing advice to homes on the behaviour expected now from townies. They include:

McDonald’s and Burger King are monitoring the situation.