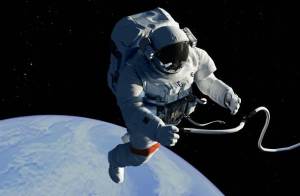 An aspiring astronaut, Jenny Quinn from Tyrone, has landed herself a job monitoring cashiers in ASDA after wrongly filling out a job application form to become a NASA Space Mission Engineer whilst under the influence of ‘a few bottles of Buckfast’.

Quinn (27), who boasts a First Degree in Astronomical and Biological Engineering and a Masters in Aerodynamic Mathematics, had hoped to get a job working for NASA after completing over 2000 hours of flying and getting her blood pressure down to 140/90 in a sitting position. Blaming a mild form of dyslexia mixed with booze bought in Portadown, she bemoaned the direction her new career has taken her:

“Yes, it was a bit of a shock when the job centre phoned and told me they’d the perfect post for me. I was over the moon, especially when she said the place I’d be working in was in Cookstown, about 20 miles away. I was surprised that NASA had an office in Tyrone but they’d be secretive about these things. It was only when I looked at the application form I had photocopied that the penny dropped. I’d written ASDA instead of NASA whilst half cut.”

The brainy boffin is now the most qualified worker in the shop but is determined to make the most of the error:

“I maybe had more than three bottles of Buckfast come to think of it but I can’t dwell on the past. I’m trying to apply my skills to this new job. I’ve already made a contraption where you put your weight into this computer and then scan your food and it tells you whether you really need it or not. There have been some teething problems after a hefty lad smashed the thing to pieces when it rejected his 2-for-1 pizza purchase. I’ll get there though.”

In a freak of coincidence, Pat ‘Red Boy’ Hagan (59) from Killyman, whose only previous job was catching chickens at Moy Park, is on his way to America after writing NASA instead of ASDA on his form.

Tyrone Tennis Academy For Youngsters To Open, Possibly In Garvaghey 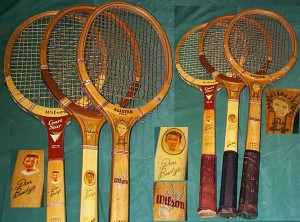 Top of the range

The recent TV coverage of tennis at Wimbledon has prompted a local opportunist entrepreneur to capitalise on the renewed interest in the sport.

Fergal Donaghy from Annaghmore decided to make the investment after seeing two youngsters playing with tennis racquets near Greencastle last week during the Wimbledon fortnight.

“Sure, they were using them to belt lumps out of each other, but still, it’s the Wimbledon effect”, said an excited Donaghy. “The cubs are mad for the tennis in Tyrone, and once my tennis centre opens, they’ll be flocking in”.

Donaghy has already started work on a permanent venue for the centre and a search for much-needed equipment.

“Aye, we’re still sort of planning where the site’s going to be. The place I’m using at the moment is amazing with lots and lots of space and kids think it’s class, but apparently Asda say it’s ‘their’ car park. Sure, we’ll squeeze it into a corner of Garvaghey. They won’t mind. We don’t need much space because I’m going to use much smaller tennis courts. The size of existing courts has players run ragged. No wonder Andy Murray’s always got a face like a slapped arse. The poor lad’s knackered. No, we’re going to reduce the court by about three quarters. Revolutionary”.

“Thon Andy Murray’s a class act. Unbeatable. I didn’t get to see much of Wimbledon this year, but I didn’t have to to know that he’s won it again. He’s unbeatable that boy”.

Sourcing appropriate kit has so far has proved a challenge for the entrepreneur.

“I picked up all these class state-of-the-art wooden tennis racquets at a sale. The kids love playing with them. Imagine how much more they’ll like them once we put strings in them. Tennis racquet string’s supposed to be made from catgut, and we tried sourcing it locally, but Jays, it was some handlin’. The miaowing’s still ringing in my ears. I’ve still got the scratches. I’m not making that mistake again. A wee bit of blue rope will do the job just as well”.

“Once this tennis centre’s open, I’ll do one in every county. Armagh’s first, then Fermanagh, probably in Enniskillen. I want to come up with a snappy name for it that combines ‘Enniskillen’ with ‘tennis’, but so far it’s got me stumped”.

Donaghy has also sent a fax to Cliff Richard asking him to stay away from the centre when it opens. 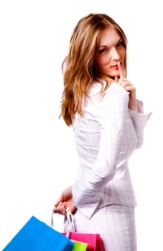 “It’s a pack of lies”, protested McAleese. “I wouldn’t be seen dead in that place. Even if they are selling 40 metres of clingfilm for only £2.99. Jaysus, it’s nearly £4 in Asda. Anyway, I always to go Marks & Spencer for my shopping. And sometimes Tesco, but that’s only for milk and bread. And I’ve been complaining for years that Waitrose should open up a shop in Donaghmore. And Selfridges. So what would the likes of me be wanting in Lidl, buying multi-packs of Hula-Hoops at 89p for 7 packets? That’s no good to me. I don’t even like crisps. Except maybe cheese and onion. They’re okay. And the barbeque beef ones”.

A close friend of McAleese’s confided,

“Marie’s always been up herself. Too snooty for her own good. Who cares if she goes into Lidl? I heard she was in there the previous week wearing a balaclava, carrying a whole clatter of McVitie’s digestive biscuits. Enough to feed an army. That one’s got an eye for a bargain, make no mistake”.

On Monday McAleese allegedly purchased several bags of groceries, including 6 tins of Lidl’s own-brand baked beans, a ‘Fruits of the Forest’ Fresh Cream Luxury Meringue, and a big box of Midget Gems.

“Meringue? Are you having a laugh?” snorted McAleese. “I do all my own home baking. I’d never think about buying a shop-bought meringue. I’d make it at home with, you know, the flour and the milk and the yeast and suchlike. These are just stories making out that I’m some sort of cheapskate”. She went on, “I won’t have my head turned by that place, even if they are selling Carte D’Or Vanilla Ice Cream for £1.50 or £2.50 for two. And anyway, they weren’t digestives. It was Rich Tea I wasn’t buying. 99p a pack. Deadly”.

“White-Van Men” – The Sexiest In Tyrone 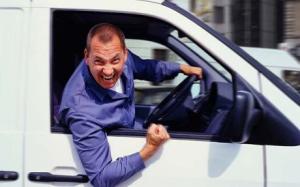 A door-to-door survey has revealed that white-van men make Tyrone women go weak at the knees, surpassing firemen for the first time in 150 years. An emphatic 99% of women from as far apart as Castlederg and Moortown say that the sight of a man in a white van makes their jaw drop and brightens up their day no end. A further 88% say the dirtier the van the better.

Julie Tierney, a musician from the Moy, explained:

“Ah Jaysus don’t talk. About 25 years ago my boiler was being served by what could only be described as the ugliest man I’d ever set eyes on. He had a big bushy moustache that seemed to hold the contents of his last week’s meals in it. He was about 22 stone yet only 5 feet tall. It was a shocking experience. However, as he left I saw him climb into this Ford Transit van that was covered in dung from top to bottom. But you could tell it was a white van. I immediately fell in love with this man and we’ve been married 24 years now and have 9 middlin looking children.”

The survey also specified that the dirtier the man and van the better. Julie shouted:

“Yes, we don’t really fall for the men in suits delivering Asda stuff or Powerscreen men and the like. It’s the plumbers, plasterers, joiners, sparks and general hands-on men with spanners in their back pockets, filthy nails and knee-torn jeans that are hanging off them that turn us weak at the knees. Jaysus I’m getting all bothered here thinking about them.”

The Greenvale in Cookstown has seen a rise in men turning up for the discos in white vans since the findings of the survey were published. Chief fireman Pat Mangan claims it’s only a flash in the pan:

“Bastards. Them and their oul white rust buckets. We’ll up our game in the morning. Women can’t resist the sight of a man wrestling with a hose. Cats will be washed down from trees in future.”