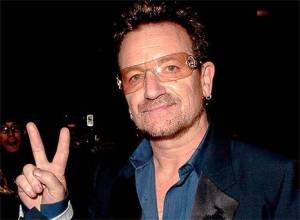 A county referendum has been called for late 2014 after youths admitted to feeling a bit lost and confused since yesterday’s news that the Reverend Ian Paisley had passed on to his eternal reward.

With Thatcher, Paisley and Rangers FC out of the picture, many young nationalists are now turning their attention to international celebrities for an outlet to vent anger and rage, much to the disappointment of the older generation who claim there is still plenty of home talent to target. Chairperson of the Tyrone Youth Committee Malachy Bradley announced there will be a county-wide vote before Christmas to decide who will take on the role of hate figure for today’s teenagers:

“Yes, it’s a bit of a kick in the teeth to see our young ones walking about without a care in the world. They’re just graffiting their own names and stuff. We need to decide quickly on the next hate figure before we’ve lost them completely to apathy.”

A straw poll this morning in Cookstown saw a number of names emerge from the international celebrity circuit including Justin Bieber and Piers Morgan with only a few identifying Pat Kenny and Mrs Brown as possible targets. Bradley maintains it doesn’t have to be a case of looking beyond our own shores:

“County Derry is always there. Back in the 50s we used to write all kinds of stuff on walls about Draperstown and Ballinderry people. Then there’s always the safe option of Brolly or Spillane. We need to think carefully about this. The banks are too obvious and a poor price anyway at 5-1 each way.”

Other high profile candidates include Willie Frazer, the midges around Lough Neagh, Louis Walsh, traffic wardens and Ryanair who are 3-1f in Toals Bookmakers. 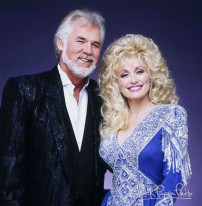 Newlyweds Paul and Julia Brannigan have put Tattyreagh on the map after making it through to the TV stages of the X-Factor auditions singing a song they made up in the taxi on the way over to the show. Scribbled on the back of a packet of sweetie cigarettes, “Tattyreagh – You Don’t Have A Picture-house But You’re Deadly To Me’ wooed the judges so much that Simon Cowell is considering visiting the townland before the end of the month. Paul said it’s a dream come through:

“To be honest, we were going to sing “Islands In The Stream” by Kenny Rogers and Dolly Parton. Then, with a few shots in us, we thought feck it and wrote a song there and then in the taxi about the homeland. We’ve since lost the piece of cardboard it was on but we managed to include stuff like the scrap metal yard, sheep farming and the bath-doctor. It was hard rhyming something with bath-doctor so we pretended there was a Costcutters and that was near enough. We sang it to the tune of Raglan Road, cupping our ears and all, but they didn’t seem to notice.”

All four judges sent them through with Louis Walsh saying that Tattyreagh is the new New Orleans and that they were his favourite. Gary Barlow criticised the lengthy song title but maintained the heart-breaking line “The Quiggery Waters won’t run through us/But we don’t kick up a fuss” won him over and praised the couple for looking so clean and upright for not having a river. Simon Cowell added:

“This will be up there with Africa by Toto or London’s Burning by The Clash. Tattyreagh seems so exotic. “We normally go to Darcy’s Coal merchants/And after to the HalfWay House for a lock of pints” might not be an exact rhyme but it’ll be on the tip of the tongue of every 15-year old next week. Dannii Minogue was crying and she wasn’t even judging. We WILL build a picture-house for these people”

The Brannigans say they’ll definitely sing Islands In The Stream in the TV auditions unless they “start on the shots again and make up a song about the road to Fintona and the bastard tractors that houl everyone up.” 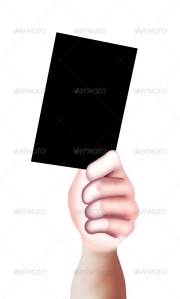 A black card will be used in gaelic football from January next year. Motion 4 proposed that a new ‘black card’ be introduced to deal with a specific category of foul, relating to ‘cynical behaviour’ and was passed with a 82% majority at the GAA Annual Congress in Derry today. We gauged reaction to the historic decision across the globe:

“Hell yea! Delighted to hear the dudes in Derry passed this. A victory for democracy. We need to show the dissenters the error of their ways. Had this not been passed we would have considered air strikes on the new Garvaghey complex.  Here, I bet you Ricey’s glad he retired when he did.” PRESIDENT OBAMA, USA

“Mmmm. Do you know who’s been given the gig for making the black cards? Interesting.” SEAN QUINN, FERMANAGH

“O mama. This is just the beginning. Get me in and I’ll have a baseball-type musical jingle as the ref digs around looking for the correct card. Will it be red? The music builds. Will it be yellow. Faster, faster. It’s black. Pantomime booing. Great TV. I like the idea of the hooter at the end. I’ll get women in hooter T-shirts to do it. Kerching! Nailed it!” LOUIS WALSH, MANCHESTER

“What colour will the black cards be? I hope it’s pink. I love pink.” JORDAN, ESSEX

“Abusive language? Does that include ‘nordie bastards’? BONO, DUBLIN

“I hope Conor Gormley brings a cushion to the games. He’ll be spending some time sitting on benches. Cute though.” KATY PERRY, CALIFORNIA

Out And About: Reflecting On Christmas 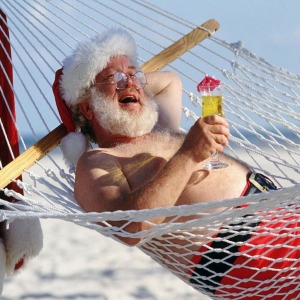 We went out and about this morning to catch the opinions of the early shoppers in Cookstown regarding how their Christmas went:

“Ghost-oh. It was some handlin. I had a few stiff ones on Christmas Eve but came home early to let herself head out to pick up a few last minutes. I must’ve had more drink in me than I thought as I fell asleep whilst looking after the weeins. I woke an hour later to find they’d opened every present under the tree and ate most of the chocolates. She was like a pishmire when she came home. Christmas was a cold, dark day. She didn’t even comment on the pliers I got her.”  JOHN DEVLIN, ARDBOE

“Santa the bastard. Didn’t come near me. Well, he can slide on. Did ye hear oul Margaret died this morning? She’ll not have to do that again I suppose.” PATSY JOHNSTONE, DREGISH

“Ah it was OK. Big feed and all but you miss The Irish News.” DARREN HUBBERT, AGHALOO

“Terrible. I’ve nine children and they  just wrecked the place. At one stage two of my sons were in casualty having shot each other in the eyeball with an air rifle. A daughter broke her ankle trying to roller-skate down Scotch Street. Uncle Joe got drunk by midday and vomited over his own dinner. Mark, my husband, didn’t like the pants I got him as they were too small and he thought I was sending him a message. Hateful memories.”                                  CATHY MULLAN, DUNGANNON

“Brillant day altogether. Went to mass and all the wemen had new clothes on. I was so impressed I went to all the masses in the neighbouring parish to look at the women and their frocks. It’s my favourite day of the year.” SEAMUS MCANALLAY, OMAGH

“A buckin book about Louis the bollocks Walsh. What was he thinking, the miserable oul hoor.” KATE CAMPBELL, COALISLAND

Thousands Flock To Newtownstewart To See Woman In Shower 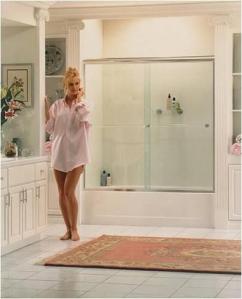 Yvonne, before the visions started

Tens of thousands of men and the odd woman flocked to Newtownstewart yesterday after news spread of visions at a house on the Moyle Road. Former Newtownstewart lingerie model Yvonne Kelly thought it was just another normal morning. She got up and fed the ass which they keep in the utility room over night and headed up to shower for the day ahead. Little did she know her life was about to change.

“I was showering away and giving myself a good scrubbing as we were dunging out Uncle Hugh’s bedroom yesterday. I slipped into a daydream, staring at the shower glass door. It was then that the visions started. I squinted at a water droplet and I could have sworn it looked like the Queen of England’s head that’s on a stamp. Then I saw a dolphin in another. Over the next twenty minutes I saw Louis Walsh, Mother Teresa, Bill Clinton, Elvis, Dana, Birdie Sweeney, Brian Dooher and one of my neighbours. I called my husband in and he just stared at me in the shower, saying nothing. I think he was stunned.”

Word soon got out and people as far away as Ardstraw descended on Kelly’s house to see the visions from themselves. Unfortunately the shower door had dried up but a few lads from Gortin worked out that Yvonne had to be in the shower, washing away, for it to work. As soon as she stripped off, the visions in the water droplets began again with many in the room claiming they were seeing wondrous things like badgers, cats, melons, Brian Cowan, Bruce Forsythe and Massey Fergusons.

“Jaysus I’ll not forget that day”, said 19-year old Gary Turbett, “The things I saw will live with me forever. All my mates managed to get a look too. It was magnificent. There were plenty of cameras going so at least the visions will last a lifetime.”

Yvonne’s husband, Larry, called proceedings to a halt when he came home from work, chasing the male-dominated congregation away from the bathroom and toweling down his now chronically wrinkled wife. Despite pleas to extend the visions for another day and to set up a shrine of sorts, Larry Kelly issued a statement to the Tyrone Tribulations saying there’d be no more visions and sure there was nothing holy about them anyway.