A youth football team from Outer Coalisland have challenged the Brazil football team to a game, ‘any time they want, day or night’.

The bold statement came from local boys’ team Brackaville Rockets, just hours after the host nation’s calamitous 7-1 defeat at the hands of Germany at the semi-final of the World Cup earlier this week. The young team have gone so far as to promise to take it easy on Brazil, and that they would even be prepared to give them ‘a 2-nil start’.

“It’s true”, said team manager and father of one of the players, Danny Suddan. “We sent a fax to Pele asking him to bring the team over here to play our lads. We have a grand stadium in Brackaville with a quality pitch, or at least it will be just as soon as we’ve cleared off all the dung and the burnt-out Nissan Cherry. We’ll show him and them Brazilians a thing or two. Did you watch thon match of theirs against Germany? Our boys have nothing to fear. It’ll be a fair match. As long as they get enough toilet breaks throughout the game and a wee cuddle from their mums from time to time, they’ll have no problems. And our lads will be fine too”.

He went onto provide his own analysis of Brazil’s failure at the hands of Germany.

“If they’re ever going to win the football World Cup they need to stop with the bull fighting and flamencos and suchlike. They’re not focused enough. If they can’t even spell the ‘Brazil’ what hope have they got? They should never have been beat by seven goals. Germany are nothing special. Although I suppose they do have a bit of history destroying countries. If Brazil want to learn some proper lessons about a lacklustre midfield or squandering chances they should speak to our Northern Ireland team while they’re here”.

Suddan has also promised that if the Brazil team agrees to the match, that he would be willing to give Pele, ‘a few wile hints and tips about his bedroom problem’.

Tyrone County Board To ‘3D print’ Ricey For Championship 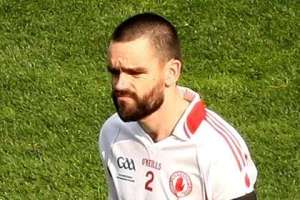 It was revealed at last night’s emergency Tyrone County Board meeting that, due to Tyrone’s “higher than expected” scoring concessions in the National Football League Division One campaign, the Red Hand County will be using new 3D print technology to create SIX new copies of Ryan McMenamin.

Tyrone, having scored 140 points and conceded 135 points in the 2014 NFL, will be looking to tighten up for their championship opener which is just a matter of weeks away.

Marty ‘eyebrow’ Canavan, former Trillick U16, Ardboe minor, and Fintona senior full-back, and current chairman of the board, revealed:

whilst squinting his eyes and scratching his forehead.

“Indeed byjaysis. See, Tony Donnelly said til Mickey at training Wednesday wick ago that lookin at the stats we could be doin wi somehin’… any’hing, y’see. After scoring the last of his 5-18 in an in house match, young McCurry shouted over til Mickey that it was all a bit too easy for him, and that you’d need a clatter of Riceys in the back line, ye’know, til put a bit of bite into the thing, and it all really tuck aff from there hi. Nixt ‘hing we got the printer organised from Germany, an she arrived at Garvaghey the other night and were good till go!”

Operation ‘Ricey-kill’, which kicks into action this week, intends to put a more snap and crack into the fold, with funds reputedly coming from recycled crisp packet moneys of empty Hunky Dory bags that have been left at Omagh’s county grounds since January.

It is anticipated that the 6 ‘Riceys’ will be ready to pop into action for the first week of the All Ireland Senior Football Championship. In a move some will find controversial, initial reports suggest it will cost $6million in titanium alone, shipped from NASA, for the skeletons, with $350,000 worth of hydrochloric acid (also being flown over from the US), for use as the blood – all of which the board insists will be money well spent.

A group of priests from the Clogher Diocese have been accused of wasting parishioners’ donations after they attended a three-day beer festival in Germany last week. The 20-strong group strenuously maintain the purpose of the visit was simply educational as they were gathering vital info on ‘what young one are into these days‘ and that they also attended Mass every day ‘so it wasn’t all fun and games.’

Fr Hurson, PP of Edendork, attended the weekend and was first to face the press, wearing dark sunglasses and talking rather gruffly:

“I’m shocked and dismayed at these allegations. You can’t accuse us of not being in touch with the younger generation and then as soon as we make an attempt to integrate ourselves we’re castigated for over-indulgence. There was none of that. The lads averaged 10 pints a day and that’s not that bad when you consider we were on the batter from 12pm tip midnight each night.”

“This is a yearly tradition and a valuable insight into modern things. The boys brought home some very interesting observations about the effects of German beer on the mind as well as a few samples for us in the hierarchy. And it must be said, the Germans can make a fine brew.”

Kitty Graham, an avid mass-goer from Tattyreagh, was not convinced of the educational value of such a junket:

“These boys are some craic. I was at mass this morning and one of the culprits, Fr Loughran, was in no fit state to say it. He completely missed out the gospel, make a terrible knock knock joke and was in really bad form with one of the altar boys who sneezed. He seemed badly hungover.” 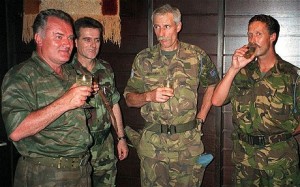 UN forces ‘on the tear’

Hervé Ladsous, the United Nations Under-Secretary-General for Peacekeeping Operations, admitted today that his committee ‘went on the rip’ in Brussels after it emerged Derrytresk had fallen to the Junior division after a one-point defeat to Newtownstewart on Saturday in Greencastle. Fears that a derby match next year between The Hill and Derrylaughan would stretch their resources to the limit were so heightened that an International Committee secretly met in a mid-European location on Saturday and watched the events unfold live by Russian satellite.

“It was looking hairy at one stage. When the Hill went seven up in the second half, we were just about to press the button that would mobilise 100’000 troops immediately for a 6-month intensive training session.  We feared the worst. That German woman was calling Newtownstewart all the names of the day. The Japanese suggested nuking Greencastle before the final whistle but thankfully Mayse got his arse into gear, much to the delight of the Koreans who are big fans of St Eugene’s.”

Ladsous admitted it was a bitter-sweet result for him:

“To be fair, I’ve a soft spot for The Hill ever since they turned over Dromid Pearses in that infamous handbag game. The media attention that ensued took the spotlight off a major cock-up we made in the Middle-East. So I had a bit of a lump in my throat as the Chinese and Canadians danced the night away drinking Black Russians.”

Ladsous added that they’re still on amber-alert with the impending Derrytresk-Brocagh game but hoped they would sort themselves out with a traditional slappin session down at Castlebay the day after.

Coalisland In County Tyrone Accidentally Twinned With Cologne In Germany 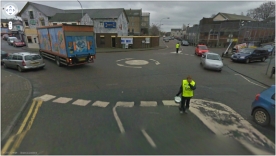 A mix-up at the EC in Brussels resulted in Coalisland, population less than 5,000, being accidentally twinned with Cologne, Germany’s 4th largest city with a population of over 1 million.

“I suppose it was a wee touch embarrassing” admitted Des Crawford, local businessman and Chairman of the Coalisland Enterprise Trust, which sent a delegation of six to meet with the Cologne mayor and his team to celebrate the twinning. “We meant to Google Cologne beforehand when the penny might have dropped but to be fair what with all the excitement of going on a plane we forgot”.

One of the Irish contingent, Seamy Hughes, a butcher from the Island, came close to sparking a major diplomatic incident within hours of landing in the city.

“To be honest we only invited him because he said he had a good bit of the German language as he did it at school”, admitted Crawford, “So when Heinz started rabitting away in German we pushed Seamy to the front to do a bit of the German chat. Jaysus, did he not just stand there in front of yer man and yell “Vot is it you vont”, at the top of his voice in this mad German accent, followed by, ‘Vood you like to see ze papers?’ We didn’t know where to look. I thought at one stage he was going to start goose-stepping”.

Affairs took a further turn for the worse on the 4-day programme during the official exchange of gifts, with Cologne giving Coalisland a set of commemorative coins, an original piece of German artwork nearly 200 years old, and some bespoke jewellery believed to be valued at €30,000 (£25,000). In return, the Coalisland team had brought Cologne a Tyrone GAA car air freshener and some Kimberley Mikado biscuits. With the help of an interpreter, relations improved on the second evening over several glasses of Reisling.

“It was a bit of craic, and they were bangin’ on about all these famous boys that came from Cologne, including some composer, Beethoven”, said Crawford. “So they’re saying about how proud they are of their Beethoven boy and we just sat there and said two words – ‘Dennis’ and ‘Taylor’. Aw, you should have seen their faces. Total silence! They never knew Dennis came from the Island see. They had no idea. We trumped them there boys! Deadly!”

Exchanging information on the relative merits of Coalisland and Cologne presented no issues for the Island team, according to Crawford.

“Jaysus they were going on about their ‘40 museums’ this and their ‘Cologne Cathedral’ that. It all pales into insignificance when you see thon new Newell’s Stores in the Island. It’s a belter. Did you know they even sell parmesan cheese? Unbelievable. It knocks themuns and all their fancy Cologne boutiques into a cocked hat, I’ll tell ye that”.